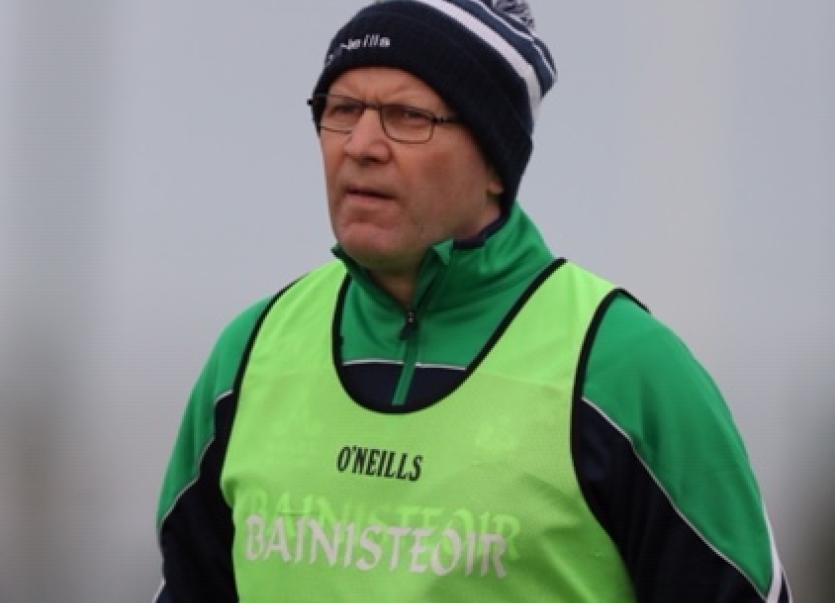 PROMOTION contenders Limerick and Wicklow meet in round four of Division Four of the Allianz Football League this Sunday.

Again this Sunday, Limerick bring a three game unbeaten league run into the Mick Neville Park contest, which has a 2pm start.

“In 2019 right throughout the season we learned a lot - really hard lessons in a number of games. We are seeing that evidence now that some of those negative experiences have stood to the lads,” said Limerick manager Billy Lee.

“Those games are now having a positive impact on us in 2020.”

Limerick lost that Wicklow game 2-8 to 1-6. The men in green trailed 0-6 to 0-3 at half time in Aughrim but a second half Seamus O’Carroll goal had Limerick ahead until Wicklow battled back.

“We went in a couple of points down after playing against a gale and I felt if we repeated that first half performance we could get through,” recalled Billy Lee of last year’s loss to Wicklow.

“When we scored a goal to go ahead they hit straight back with a goal and that seemed to rattle us,” he recalled.

Lee was happy that his side recovered from that loss in terms of their inner confidence.

“I don’t think losing to Wicklow hurt our confidence because if you look at it we responded with one of our best performances of the season in the next game against Leitrim,” said Lee.

On Sunday, Limerick bring a six game 2020 unbeaten run into the tie against a Wicklow side, now under the management of former Kildare All-Ireland U20 Football Championship winning manager, Davy Burke.

While, Limerick have beaten Waterford, London and Carlow in the league, bigger tests are coming down the tracks with Wicklow, Sligo, Antrim and Wexford.

“If you look at Division Four there is a real fine line between all teams but Wicklow will be a formidable challenge,” said Lee of a Wicklow side that defeated Sligo in a rearranged fixture last weekend.

Limerick were free from Allianz League action last weekend, but played a challenge game with Galway.

And, it was a game that saw a welcome return to action for a host of regulars after long lay-offs – Sean O’Dea, Peter Nash, Colm McSweeney, Mike Fitzgibbon and Dave Connolly.

Limerick football has given manager Billy Lee many a headache over the last four years but rarely has it been a selection headache!

“People will be looking over their shoulder now and that’s the way we want it. We gave all been working hard to get to this point for the last couple of years where guys have to earn that jersey – all that brings honesty of effort,” said Lee.

“It’s a big headache to pick the team and the matchday 26 but it’s what every manager wants,” he said.

Limerick are of course without Jamie Lee for the remainder of the season – the Newcastle West man has started all six games in the 2020 season but departed for Australia in the days after the previous league outing against Carlow.

Still out at present are Gordan Brown, Luke Murphy and sub-goalkeeper John Chawke, which has seen Cian Shorten of Rathkeale called into the panel as a replacement goalkeeper.

While Limerick and Cork are now the only sides in the entire Allianz Football League with three wins from three outings, manager Billy Lee feels performance levels must improve for his side.

“I’ve have given anything for the last few years to get to where we can now but we can’t rest because now we have to look at our performance levels and there is more to achieve,” stressed Lee.

“We would have to say that performances to date are now what we can do – we have to find improvements in terms of performance. We have to be honest and some of the games we have won were not with good performances.”

After Sunday’s tie with Wicklow, Limerick are on their travels to Antrim for round five.