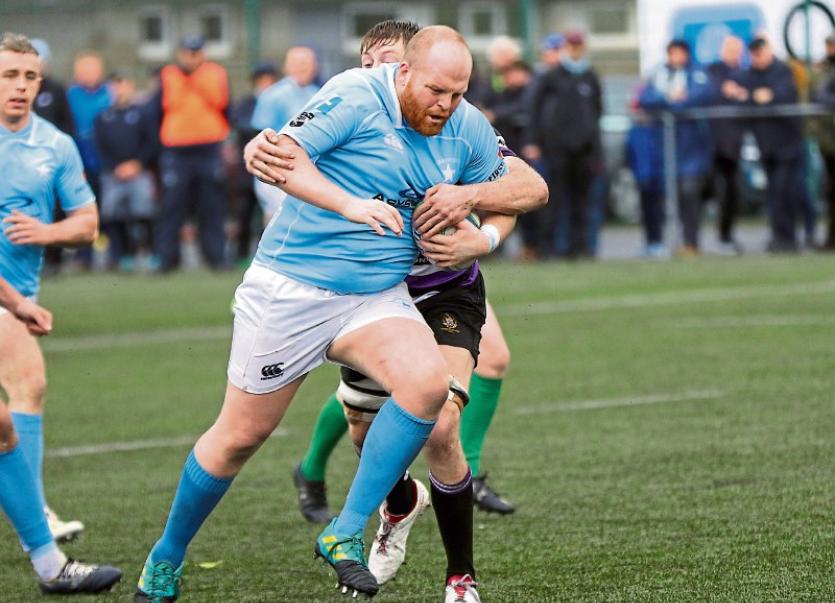 In Division 1A, high-flying Garryowen, fresh from their dramatic, last gasp win over Terenure College, face the trip to Dublin to take on fifth-placed Clontarf at Castle Avenue.

Garryowen currently sit in second place in the table, a full 12 points clear of ‘Tarf in the battle to secure a top four play-off spot. The ‘Light Blues’ also enjoy a seven point advantage over third-placed UCD in the race to secure home advantage in the play-offs.

This is a crucial fixture for the sixth-placed Greenfields club if they are to maintain their hopes of securing a play-off place.

Elsewhere on Saturday, in Division 1B, promotion-chasing Shannon host Naas on the back pitch at Thomond Park.

Shannon, fresh from their weekend win away to Old Wesley, sit third in the 1B table, a point behind second-placed Wesley.

Full-back Jamie Heuston delighted the Dooradoyle faithful on Saturday with a last-gasp drop goal in Garryowen’s hard-fought 8-5 defeat of Terenure College in Division 1A.

It has been a fortnight to remember for full-back Heuston who played his part in the Ireland Club XV’s 2-0 series win over Scotland, while he was also involved in the Ireland Police team’s 52-31 victory over their Welsh counterparts in Cardiff on Wednesday.

Saturday’s Division 1A clash was switched to Garryowen’s all-weather pitch given the strong winds and heavy rain.

Munster winger Alex Wootton showed his finishing ability out wide to bring Garryowen level at 5-5 at the end of the third quarter.

In Division 1B, a penalty try late on helped Shannon pick up the four precious league points on offer in a 17-10 win over Old Wesley.

The sides were tied 7-7 at half-time, with Shannon's points coming courtesy of a try from Nathan Randles, which was converted by Jake Flannery.

A 67th minute penalty from Ben Daly hauled Shannon level after Wesley had edged into a 10-7 lead.

The drama wasn’t done yet as late Shannon pressure was rewarded with that decisive penalty try.

In Division 2A last weekend, Old Crescent took a losing bonus point from a 7-0 defeat to Ballymena in very wet conditions in Eaton Park.

Promotion-chasing Crescent sit third in the table, two points behind of Cashel ahead of their home game with Rainey Old Boys.

Also in 2A, UL-Bohemian suffered their first loss at home since October when going down 12-25 at the hands of leaders MU Barnhall.

In Division 2C, eighth-placed Bruff had to be content with taking a losing bonus point from their narrow 8-3 defeat to Sundays Well at Musgrave Park.

Bruff sit just one place and one point clear of the relegation play-off position.