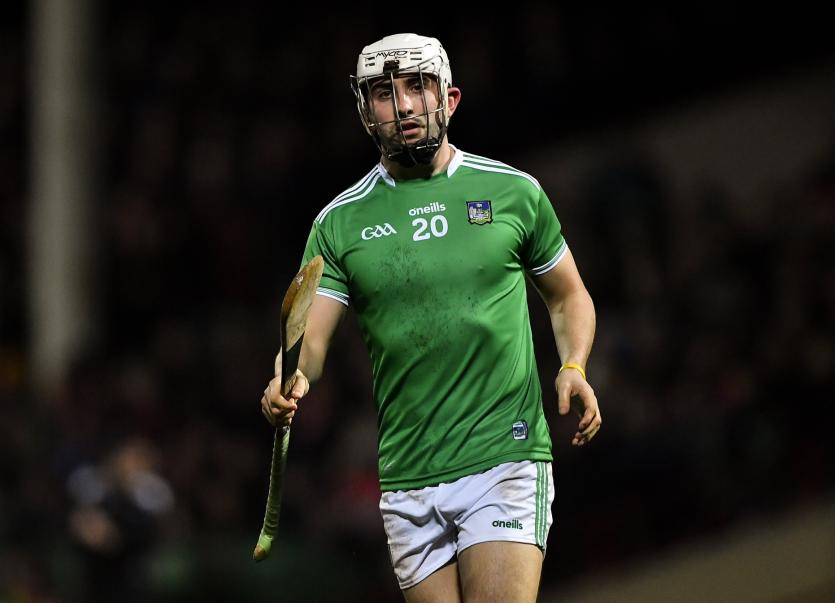 Aaron Gillane back into the Limerick starting team

THERE are six changes to the Limerick team to play Waterford in the Allianz Hurling League this Saturday evening.

Two of the six will be making their first league starts - forward duo Brian Ryan and Darren O’Connell, both fresh from Fitzgibbon Cup campaigns with DCU and LIT respectively.

Also into the team from the side that beat Galway two weeks ago are Patrickswell trio Cian Lynch, Aaron Gillane and Diarmaid Byrnes, along with Na Piarsaigh full back Mike Casey.

With the changes to the starting team, Barry Nash and Tom Morrissey are in line to be the only players to have started all three games in the 2020 Allianz Hurling League for Limerick.

Captain Declan Hannon continues in his centre back role - he was substituted just four minutes into the second half of that win over Shane O'Neill's Tribesmen.

Dropping out are Dan Morrissey, Darragh O'Donovan, David Dempsey, David Reidy and Graeme Mulcahy - all named among the 11 substitutes. Richie English was forced off injured at half time two weeks ago and doesn't make the matchday panel to play Waterford in a repeat of the league final in Croke Park last March.

Limerick and Waterford has a 7pm start in the LIT Gaelic Grounds this Saturday February 15 in a round three group game, which is televised live on eir Sport.