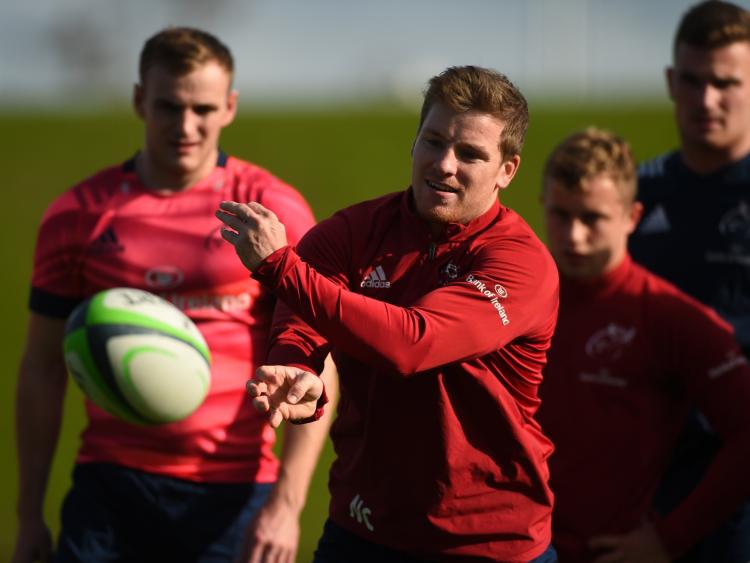 The Munster side to take on Southern Kings at Irish Independent Park on Friday night in the Guinness PRO14 has been named (7.35pm) Head Coach Johann van Graan hands a first start to first year Greencore Munster Rugby Academy man John Hodnett as the back-row forward makes his PRO14 debut.

Billy Holland captains the side on his 226th Munster appearance, while at full-back Mike Haley, joins Calvin Nash and Shane Daly in an exciting back three.

Dan Goggin and Chris Farrell are named as the centre partnership with Neil Cronin and JJ Hanrahan in the half-backs. It’s an all-international front row with James Cronin, Niall Scannell and John Ryan named in the starting XV.

Fineen Wycherley and Billy Holland start in the second row with Jack O’Donoghue, Hodnett and Arno Botha completing the side. Two Academy players are among the replacements, prop Keynan Knox and out-half Ben Healy.