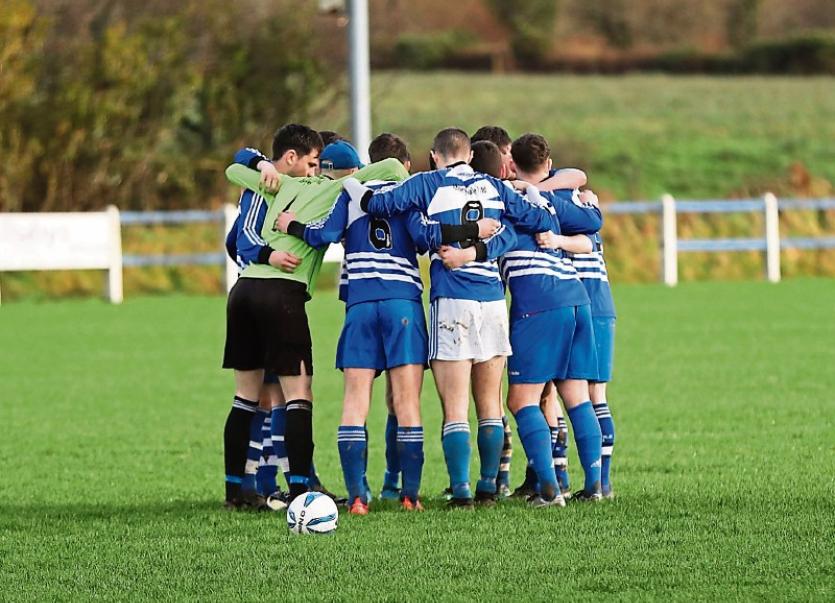 After tough games against Rathkeale and Carrigaline United in the two previous rounds, Abbeyfeale United are back in Munster Junior Cup action again this Sunday when they entertain Wilton United in the last 16, kick-off at 2 pm.

Wilton play in the same league as Carrigaline, which is the junior section of the Munster Senior League. Whereas Carrigaline are in the Premier Division, Wilton are in Division 1, with a current record of five wins, two draws and three defeats. Like Carrigaline, this is Wilton’s second team, with their first team playing in Division 2 of the Senior Section of the Munster Senior League. This is the farthest that Wilton have got in this competition, qualifying for this stage by virtue of a 4-1 victory at home to Clare Premier side, Lifford.

Only a point off top spot in the Premier Division, Abbeyfeale are in good fettle at the moment. Under the tutelage of managers John Kelliher and Thomas Cahill, training is going very well, the feel-good factor boosted by the return to training of long-term injury victims, Chris Smith and Shane Mulvihill. Centre-half Mulvihill has had several weeks training under his belt and he is on the verge of a return to action. Mulvihill’s return, when it comes, will strengthen an already formidable defence. On the attacking front, Abbeyfeale’s most electric player at the moment is undoubtedly striker Kevin Murphy, who torments defences with his high-speed running and close ball control.

The winners of this tie will be at home in the quarter-finals on the 8th of March to the winners of St. Michael’s v Regional United B, which is also on Sunday. Holders St. Michael’s will surely win that one so that is a huge incentive for Abbeyfeale to progress and test themselves against the top team in the country. Like St. Michael’s, Abbeyfeale will be favourites on Sunday and I think it is a tag they will justify.

The Limerick Desmond League wishes to offer its sympathy to Fixtures Secretary, PJ Hogan, whose mother Loretta died last Sunday. Last Monday’s Committee meeting and Desmond Cup draw was called off as a mark of respect.

The League was also saddened to hear of the passing of Abbeyfeale United’s Willie Pa O’Connor, who served as club Chairman, PRO and team manager at various times, as well as running the club lotto for ten years with his partner Doreen. Sympathy is extended to Doreen, Pat, Caroline, Katrina and all the family. May they rest in peace.