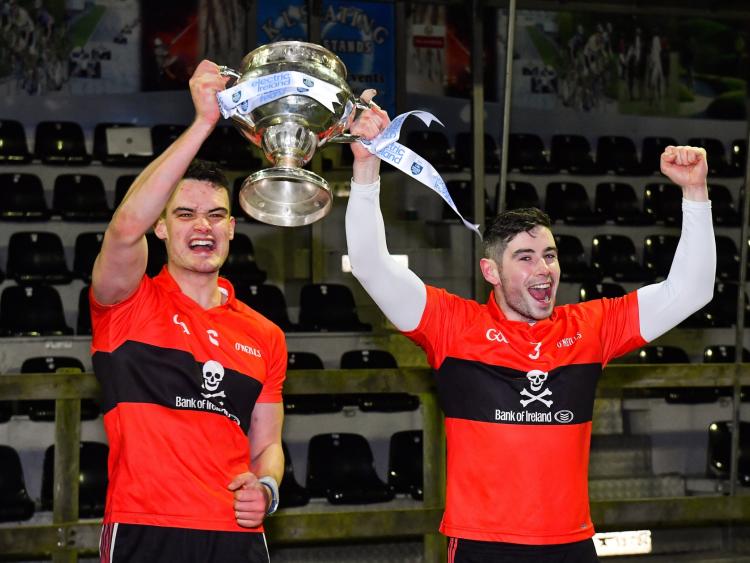 The Cork side won the Higher Educational Senior Hurling Championship for the 40th time with a 0-18 to 2-11 win over IT Carlow this Wednesday evening.

O'Loughlin was centre back and chipped in with a point from a long range free, and also in the UCC starting team was Conor Boylan (Na Piarsaigh) at centre forward.

In the UCC panel were Ronan Connolly (Adare), William Henn (Na Piarsaigh) and Daithi Heffernan (Blackrock), who is following in the footsteps of his father Pat, who won a Fitzgibbon Cup title with UCC in 1991.

Having conceded two early goals, UCC trailed by four at half time and were six points in arrears early in the second half.

They were then reduced to 14 men when defender Niall O’Leary was shown a red card in the final quarter but Man of the Match Shane Conway helped point them to victory - the Kerryman finishing with 0-9 (7frees).

Check out the best of the Fitzgibbon Cup final action between UCC and IT Carlow here: pic.twitter.com/6bmkl75Uib