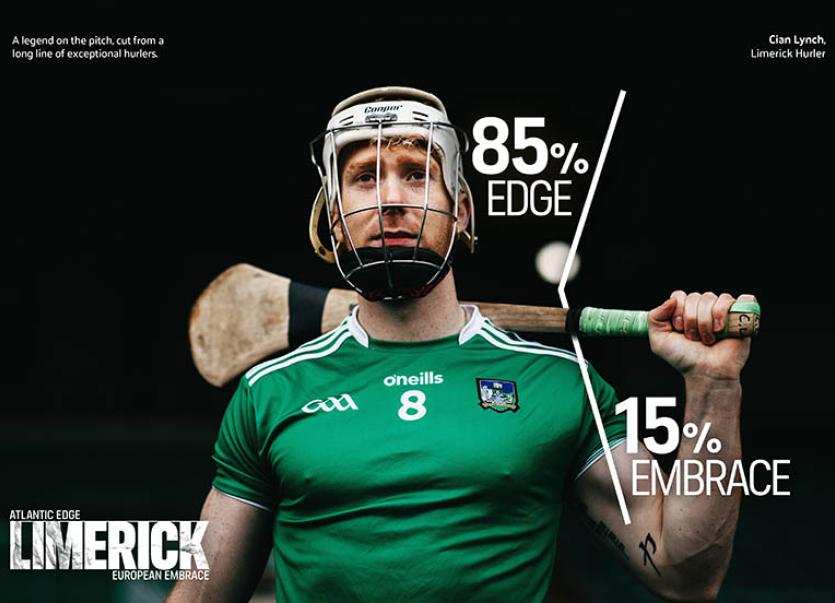 LIMERICK hurling star Cian Lynch is the focus of a new promotional video released by Limerick.ie as part of their Atlantic Edge European Embrace branding for Limerick.

"Ever since I was four or five, hurling is all I've ever dreamed of," said the 2018 All-Ireland SHC winner.

"I suppose its been embedded in my family for generations. I have uncles and granduncles who have represented both Patrickswell and Limerick for years. I remember going to games as a mascot, and as a young fella, and just looking up to them as gods, and I suppose it is important to look back and to come back to your club," he explains.

"Winning the All Ireland Final was massive and I've had some great achievements along the way, but representing my club and playing for Limerick county hurling team, I don't see my life without Limerick. That's what makes Limerick special to me - the camaraderie, and I especially saw it after our homecoming in 2018. You know, these things in life, you never think you'll experience - a crowd waiting outside for you, as a team, to come back. It was a real pinnacle moment for me where I saw that we are together as one city," outlined the 2020 Limerick vice-captain.

"For me personally, I see Limerick as a massive city that has so much potential. Limerick on a Saturday morning at the Milk Market or going in around Christmas, when there's a buzz around the place, its just a special city and I actually belong to this city, and its something I want to hold on to for as long as I can."