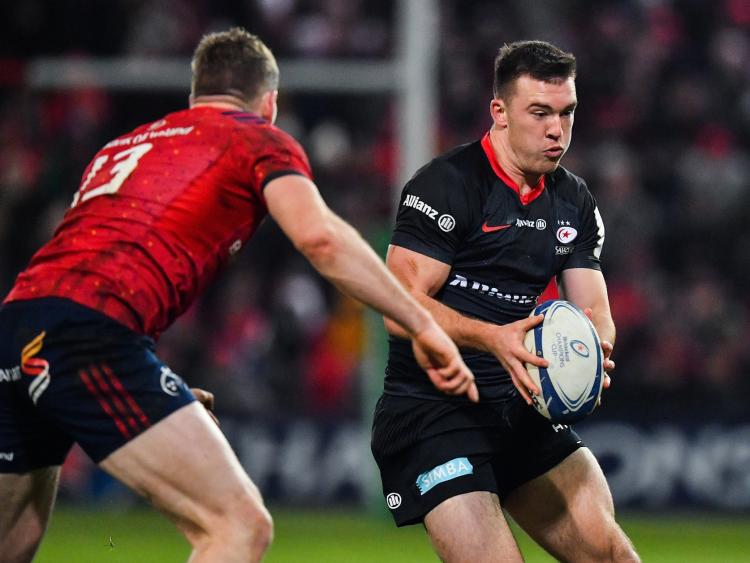 Summers in Corbally with 'Granny Ann', trips to Heineken Cup finals and the potential of the current Munster squad are just some of the reasons behind Matt Gallagher's decision to join the Irish province next season.

In an exclusive interview with the Limerick Leader, Gallagher admits that the decision to swap London for Limerick was a no brainer for him. "I used to come over to Limerick, to my Dad's Mum, in the summers from about the age of five. I remember Corbally well. Later on we would holiday in Italy, with my mum's family, but granny Ann's was always a trip we made"

"The Munster lads are really tough" his granny always told him. "I think she still thinks that I am just a little lad" admitted Gallagher. The son of All-Black World Cup winner John, Gallagher is a full back who can also play wing. The new recruit is fully aware of the connection between his family and his new home.

"We have a family friend, Tony Ryan, who comes over quite a bit. He reminds my Dad, at every opportunity, that Munster beat the All-Blacks" chuckles Gallagher. "I used to go to the Munster games when they were on over here. The Ronan O'Gara days. I remember going to the Heineken Cup finals in 2006 and 2008. I was young, but we went down with a group from our rugby club and I remember that they were excellent days"

Gallagher first heard of the move to Munster back in October. His quest for game time and the opportunity to play internationally were opportunities he wanted to explore. "I was looking for game time in a squad with Alex Goode and Liam Williams. Then there was myself and Max Malins who were chasing a spot from the same year in the academy. I wanted to see what was out there too. I wanted to broaden my horizons and when Johann van Graan and I spoke, it felt right"

So in December, with the knowledge that the move to Munster could be on, Gallagher arrived in Limerick with his Saracens teammates.

"I went in the night before the game to do some kicking practice and I just loved the stadium. I remember running on to the field for the game, listening to the crowd, listening to them singing the 'Fields of Athenry' and having this grin on my face. Thinking that I could do this every week" admitted the 23 year old.

Playing full-back, or on the wing, Gallagher has made 45 appearances for Saracens, scoring 9 tries.  A former Saracens Academy Player of the Year, the 23-year-old was part of the England U20s World Championship winning side in 2016. Winning the World Cup final against Ireland which contained Munster Rugby's Shane Daly and Sean O'Connor.

"The talent in the Munster squad is unreal and then you can add in players like RG Snyman and Damien D'Allende to that. The thought of lining out in a squad like that is hugely exciting and one I am really looking forward to"