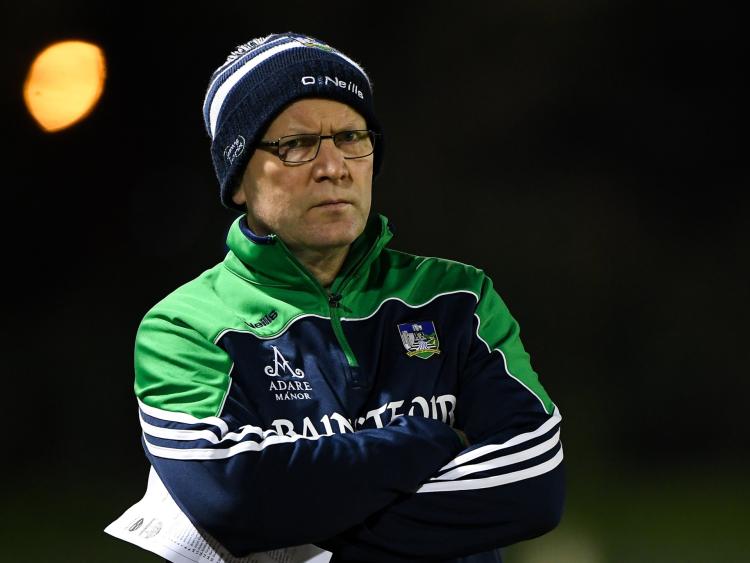 “A smash and grab” victory accepted Limerick football manager Billy Lee after his side’s one point victory over Carlow.

A goal and a point in injury time snatched victory for Limerick in Netwatch Dr Cullen Park.

“It was a game of twists and turns and to be fair I don’t think either team deserved to lose that game given the conditions. I suppose the way it happened in the end, it was a smash and grab but I do think our performance deserved something out of it,” said Billy Lee.

“If I was on the other side of that loss I would be be gutted and I am sure Turlough (O’Brien, Carlow manager) is - it’s tough,” said Billy Lee.

Limerick were aid by a strong first half breeze but failed to score until the 29th minute by which time they trailed by four points.

“It was a test of character and they dug it out well before half time to go in at four points each and no different to the London game, I wasn’t concerned at half time because we were playing against the breeze or because we had the extra man, but I felt we had a lot of possession and it was about how we used it,” explained Lee.

What of the half time dressing room?

“If they didn’t change, my fitbit was going to hop off my hand with the heart rate!” smiled Lee.

“We didn’t stick to what we had planned and I keep saying it but we were coming down here to take on Carlow and the lads knew the significance of the game and that brings a bit of added pressure and it can get into their heads, so it’s fair to say that they will learn from that but did we handle that well in the first half, well the answer is no.”

Limerick are now six games unbeaten in the 2020 season.

“We are winning games and where we are coming from in Limerick football, you have to be happy. I suppose there is room for improvement within those performances.”

Lee explained: "To come down here on the day like today to play a big strong team like Carlow, you have to have a bit of gumption and character about you to try and dig it out. To be losing by three points in injury time it looked like it was lost and I don’t think anybody would think any differently".

"If the game finished in the 36th minute of the second half they would have won and deservingly won so you make your own luck over the hard yards and that’s how you win games".

Next up for Limerick is the February 23 visit of Wicklow to Mick Neville Park.

"We got to regroup and enjoy that we are winning games again and keep our feet on the ground," said Billy Lee.