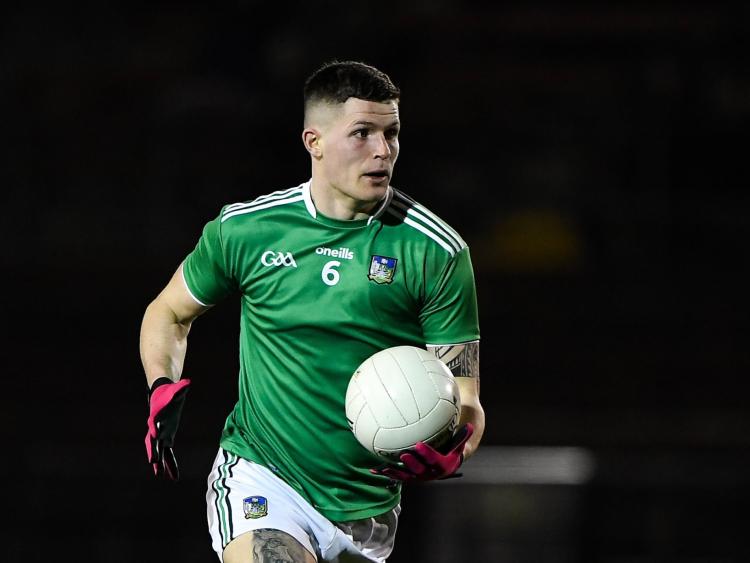 It's Limerick's first time opening a league campaign with three successive wins since 2013.

Two minutes into injury time, Limerick found a goal to level the game for the third time - wing back Bob Childs getting his hand to force the ball into the net in a crowded goalmouth.

And, the drama didn't end there, with Iain Corbett scoring a point from a penalty in the fourth minute of injury time to seal the victory.

Next up for Billy Lee's Limerick is a Sunday February 23 tie against Wicklow in Mick Neville Park.

But it was half when Limerick were aided by a strong, albeit tricky, breeze and it took the men in green 29-minutes to open their account.

Carlow had four points scored inside 23-minutes - all from Paul Broderick placed balls.

Often played in driving rain and near darkness, it was a half when Limerick registered five wides and Carlow none.

Carlow also went closest to scoring a first half goal - Donal O'Sullivan needing to save at his near post to deny Diarmaid Walshe a 13th minute goal for the home side.

Limerick simply failed to break down a stubborn Carlow defence with little action inside the attacking '45 for long periods. Nor did Limerick attempt to utilise the breeze with kicks at goal from distance.

Finally, 29-minutes into the half it was Cillian Fahy that opened the Limerick account.

And, by half time the game was to be level with all Limerick scores from play.

Adrian Enright kicked successive points and showed the way in terms of kicking from distance.

In injury time Bob Childs fired over from 50-metres to level the game.

Limerick looked a more determined outfit from the off in the second half.

Five minutes into the second half, Limerick were ahead for the first time - Jamie Lee pointed well from a free after Danny Neville had worked hard to be fouled.

But just minutes later, Limerick too were down to 14-men - Tommy Griffin sent off for a second yellow card offence.

Just on the mid-point of the half, Limerick stretched the lead when Neville pointed a great effort for a 0-6 to 0-4 lead.

Back came Carlow and 19-minutes into the half they were off the mark with their first score from play - a thumping effort from Brendan Murphy.

Another soon followed and the game was level for the second time, 0-6 each, 14-minutes still to play.

Then came the the injury time drama.