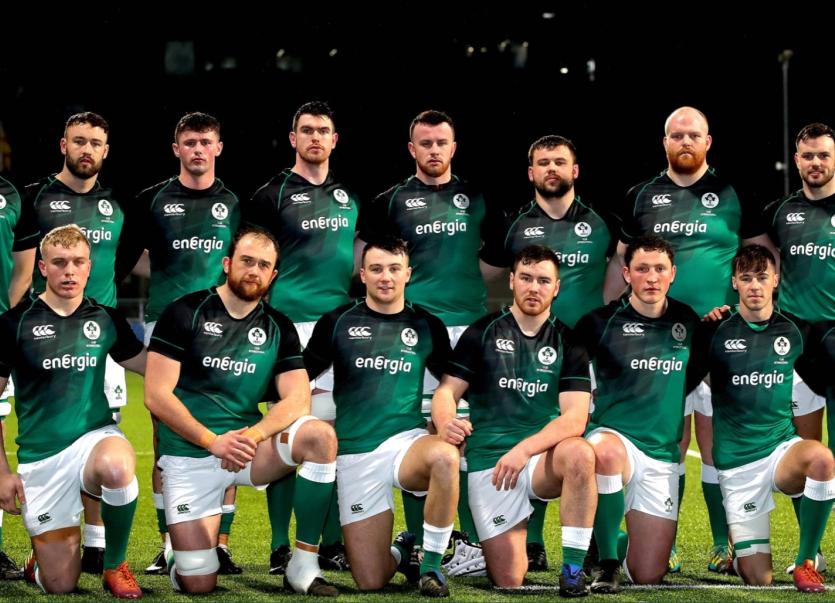 Ireland secured the Dalriada Cup thanks to a 22-17 victory over Scotland this evening at Energia Park in Donnybrook, with a heavy Limerick involvement helping Ireland retain the cup. (IRELAND CLUB XV 22-17 SCOTLAND CLUB)

Having won 39-17 in Scotland last week, Ireland held the large aggregate advantage coming into the second leg and were never in danger of losing their healthy lead.

First half tries from Colm Hogan and Michael Melia came either side of a Gregor Christie effort from Scotland.  Leading 12-7 at the break, Shannon’s Pa Ryan was sent to the bin in the opening exchanges of the second half. A penalty at either end meant it was 15-10 entering the final quarter, before replacement Sam Coughlan-Murray got Ireland’s third try.

Ireland were much stronger in their opposition, but faced an anxious final five minutes after Rhys Davies showed great reactions to pounce on a loose ball. This converted try reduced the deficit to five points but Ireland were able to hold on for a deserved victory, despite Scotland enjoying their best spell of the match in the final ten minutes.

Fedamore native Alan Kennedy captained the representative side and lifted the silverware on behalf of the Club XV, while Pa Ryan, from Shannon was awarded Man of the Match