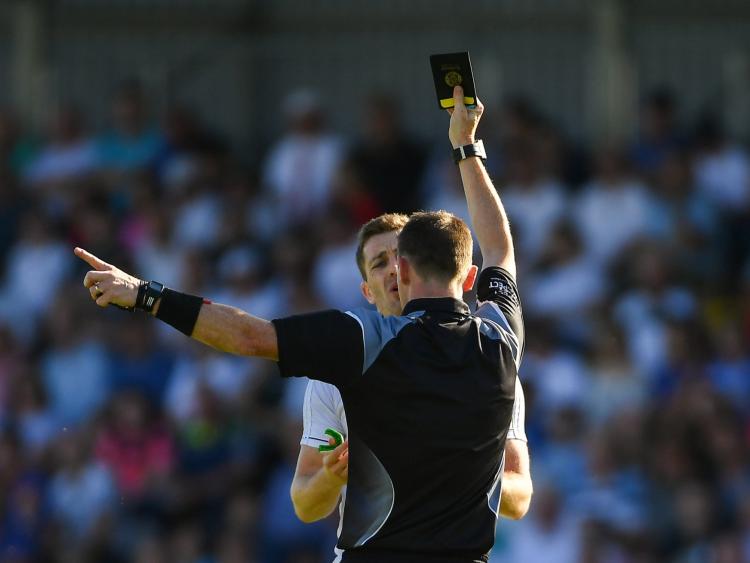 IT’S not just politicians that are currently on the canvass trail – there is a vote coming down the tracks for the next GAA President.

Well my support would go to whoever vows to disband all ‘playing rules committees’ in Croke Park.

There is a time and a place for change and new innovation but within sporting circles and especially the GAA, it appears that standing still for a little while is wrong.

Can they not just let hurling and Gaelic football mature under their current guise for a few years?

Debate still rages on the positives and negatives of the new ‘Advanced Mark’ in football and now the latest potential change is a sin-bin for hurling.

So the basis for the sin-bin would be the eradicate cynical fouling. Yes, cynical fouling is an increasing occurrence in hurling but for me the rules are there but the issue is that they are not implemented to the letter of the law or on a consistent basis.

Hurling is a physical and abrasive game and common sense has to be applied by referees in varying situations but by and large I believe the rules of the game are sufficient if fully enforced by the referee, two sideline officials, a fourth official and four umpires.

I can hear the counter argument already – ‘oh if the referee did that, there would be no one left on the pitch’. Well so be it, and I can tell you it would only happen once because players want to play not be sent off for two yellow cards or a straight red card.

“The game is absolutely 100% fine - there is no body giving out about the game apart from one or two and they are going to be giving out anyway,” added the Limerick manager.

His opinion will be supported by many but there will also be a broad chorus in favour of the sin-bin.

Debate is healthy in any walk of life and there are certainly enough media, pundits and sub-committees within GAA circles to keep this sin-bin proposal a hot topic for a while.

I’m a firm believer that respect for a referee is a key component in terms of the effectiveness of the rules. In this regard, I’m note one of the 78 motions to Annual Congress later this month pertains to just that.

Fair play to the Naomh Eanna club in Wexford who are proposing to limit two players per team with the right to speak to a referee during games.

It appears anyone else that voices an opinion to the referee would be penalised with a free against them but I would like to see this a yellow card offence.

It’s about giving protection and respect to the referee, which in turn affords the official, the time and confidence, to implement the rules that are already in situ.