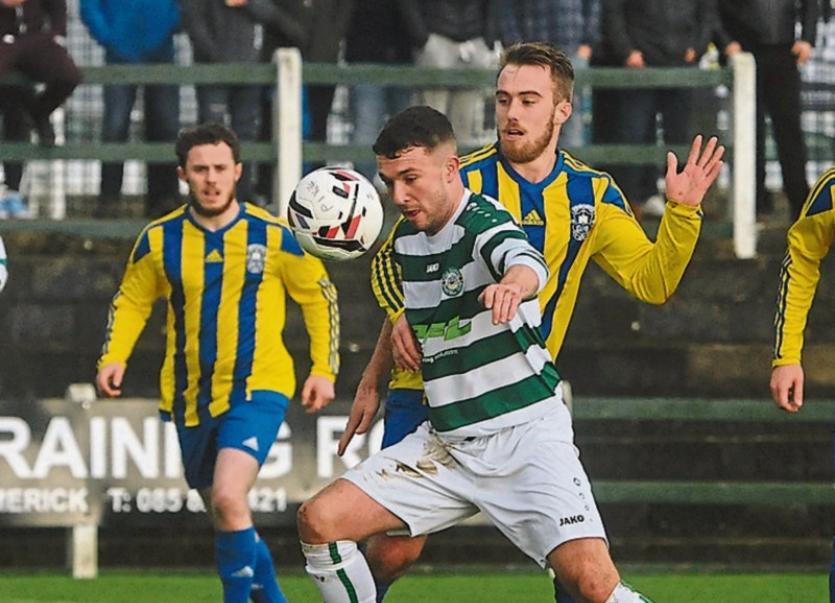 After the rough of tumble of Munster and FAI action over the last few weeks, it's a return to Premier League action this weekend for most of the top flight clubs.

Leaders Fairview Rgs play in an outstanding Lawson Cup game which gives the opportunity to the chasing bunch to take advantage.

Ballynanty Rvs will take over top spot if they can beat Kilmallock in LIT. The sides met in the Tuohy Cup a couple of weeks back when Balla emerged victorious on a 2-0 scoreline. The Blues will know they didn't have things all their own way in that game and that Kilmallock posed them plenty of problems. That fact will probably help Balla as they will not be caught unaware.

A pint behind Balla with a game less played are Pike Rvs and they face a difficult game at home to a bang in from Regional Utd XI.

It remains to be seen how Pike react to last week’s FAI defeat to Fairview Rgs but no doubt manager Robbie Williams will instil in his players that they still have much to play for.

Pike are unbeaten in the league going back to the middle of last season and will be looking to maintain that record.

Aisling Annacotty welcome Janesboro to Annacotty on Saturday evening. The home side will be using this game as preparation for their upcoming Munster tie while Boro will be looking to bed in their latest additions.

Geraldines are at home to Nenagh again with one eye on upcoming Munster tie while Prospect Priory and Coonagh Utd meet in a relegation six pointer in Cals Park.

There is one game in the Lawson Cup when Fairview Rgs must get back to ground after their FAI win over Pike Rvs last weekend. They should be too strong for an Athlunkard Villa side who seem to be back in form.

It will give the League Leaders a chance to give a run to some of their less used players which should stand to them in a busy schedule ahead.

The Premier A League has some important games affecting the top of the table. Leaders Charleville face a rejuvenated Carew Park who will relish the opportunity of lowering the colours of the Cork side. Waiting for Charleville to slip up are Moyross who visit Cappamore and Newport in a home game with Corbally Utd.

Division 1A leaders Castle Rvs will be expected to take the spoils at home to Shelbourne while second placed Kilfrush face a sticky assignment away to Star Rvs.

Division 1B runaway leaders Regional Utd B will move another step towards the title if they can beat Glenview Rvs on Saturday evening.

Two Open Cup Quarter Finals are scheduled with Castle Utd hosting Parkville B and Knockainey B welcoming Wembley Rvs B to the county venue.

Inter County Youth Champions Limerick are in action on Friday evening when they host the Cork District League in Jackman Park at 7pm.

Limerick DL began the defence of their title with an emphatic 8-0 win over their Kerry counterparts thanks to scores from Eoin Duff (3), Ben O’Shaughnessy (2), Jamie Griffin, Ethan O Sullivan and Ronan O’Dwyer.

Manager Martin Sugrue has named another strong squad and they deserve the support of the Limerick soccer going public.