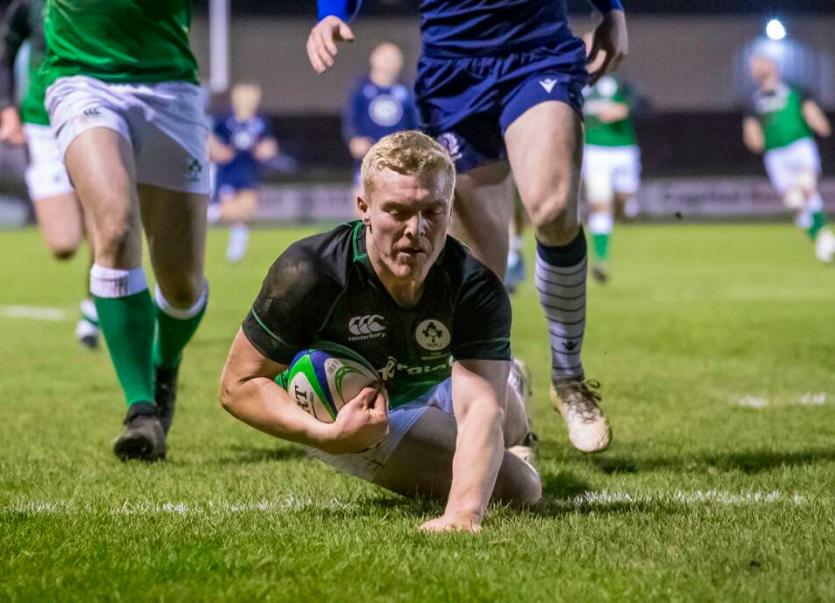 The squad of players from the Energia All-Ireland League produced five tries and served notice ahead of the series decider in Dublin next Friday.

Garryowen centre Bryan Fitzgerald opened the scoring after 8 minutes with a fine try.

The Ireland Club XV side was captained by Alan Kennedy of Young Munster, while clubmate John Foley lined out in the back-row. The Ireland Club XV centre partnership for the game featured Pa Ryan, of Shannon RFC and Fitzgerald, of Garryowen FC.

Another 'Light Blue' Andrew Keating started the international fixture in the Ireland front-row, while Corrie Barrett

Head Coach Gearoid Prendergast said: “We played from really good rugby in the first half. We played a high tempo game with a lot of intent like we spoke about.

“The first 25-30 minutes of the second half were very disappointing but we showed in the last 10 minutes what we’re capable of. To come out of Scotland with that kind of win is superb but we have to build on it now for next week.

“We know that we’ll be at home in front of our own supporters. That’s huge. The most important thing from a rugby perspective is to take the learnings from tonight, particularly in relation to the second half where they owned the ball. We need to address that and kick on.”