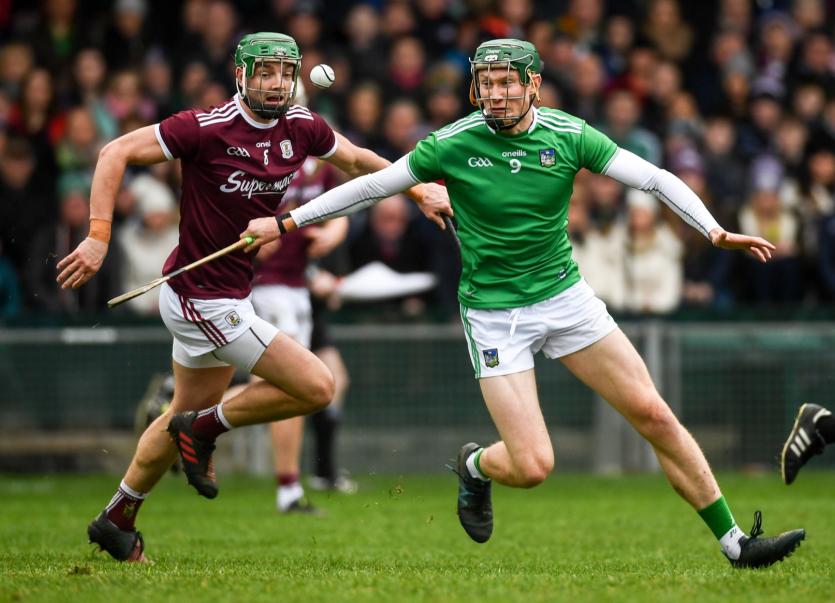 William O'Donoghue in action against Galway

LIMERICK are already on track to reach the knockout stages of the Allianz Hurling League.

The defending champions made it back-to-back wins in their group with this eight points win over Galway.

While games against Waterford, Cork and Westmeath are to come, John Kiely’s men are nicely positioned to finish in the top three and reach the business end of the competition.

Next up for Limerick is the Saturday February 15 visit of Waterford to the LIT Gaelic Grounds, at 7pm, for a third round game that will be live on eir Sport television.

In this first meeting of the teams since the 2018 All-Ireland SHC final, Limerick were 1-19 to 0-14 winners in LIT Gaelic Grounds – so no winning return to his native Limerick for Galway manager Shane O'Neill.

It was a goal from O’Neill’s club-mate David Dempsey in the opening minute of the second that helped propel Limerick to a fifth win of the 2020 season.

Limerick gave a first ever league start to Aaron Costello and late in the game league debuts for Darren O'Connell and Brian Ryan.

Limerick had 10 different scorers and won despite 14 wides on a wet, cold and windy afternoon.