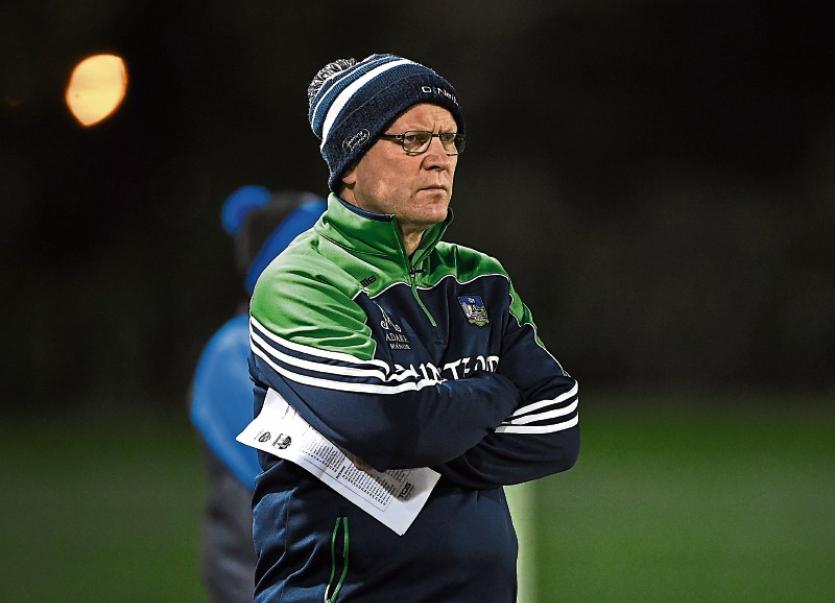 LIMERICK football manager Billy Lee was pleased with the manner in which his charges dealt with the increased expectation levels during the second half of their Division 4 Allianz Football League win over Waterford.

A first McGrath Cup title in 15 years had helped the Shannonsiders’ assume the role of favourites in their second meeting with the Déise in Dungarvan in just three weeks on Saturday night.

Having been level at half-time, Lee’s side upped their performance levels several notches after the restart to kick off their league campaign with a precious win.

Afterwards Billy Lee said: “I am really happy for the lads. There was a new juncture for us to try and manage coming down here and the expectation that’s gone with it.

“We had that expectation last year ahead of the Cork game in the championship and we didn’t manage it, but this time around we did.

“I felt in the first half we feared losing. There was nothing major tweaked at half-time, it was about how we approached the second half from our heads and that was it.

“That was the difference I suppose.

“The McGrath Cup gave us a lot of confidence and an understanding of what it takes to win games. Performance is one thing, but to win games it takes a bit more.

“There is a 10-20% difference between performing well and winning games, because if you get into the mindset of fearing that you might lose you don’t be yourself and it restricts you on your performance.

“The McGrath Cup was huge in that context in helping us understand it and look, we continue to see can we grind out victories and see where that takes us.

“That’s the objective anyway and by God we proved it tonight, it won’t be easy.”

Limerick will look to continue their promotion push next weekend on Sunday when the Shannonsiders face London at Mick Neville Park at 12 noon on Sunday.

London suffered a 13-point loss to Sligo in their opening league fixture in Ruislip last weekend.

Billy Lee said: “London will provide another tough game next weekend. There is nothing easy when there is expectation, it brings extra pressure.

“We would have played Clare, Cork, Westmeath and Tipperary who might be ahead of us and we performed against them because there is really no pressure on you when you go into those games, but when you have the pressure and expectation of winning, that changes the dynamic quite quickly, so we just got to again manage it not get complacent.

“We're not experienced enough to know how to handle these situations, so we have to be really careful. That is what we will be focusing on and understanding what London will bring to the game. It’s all about London now.

Limerick’s third league fixture is an away date with Carlow on February 9.