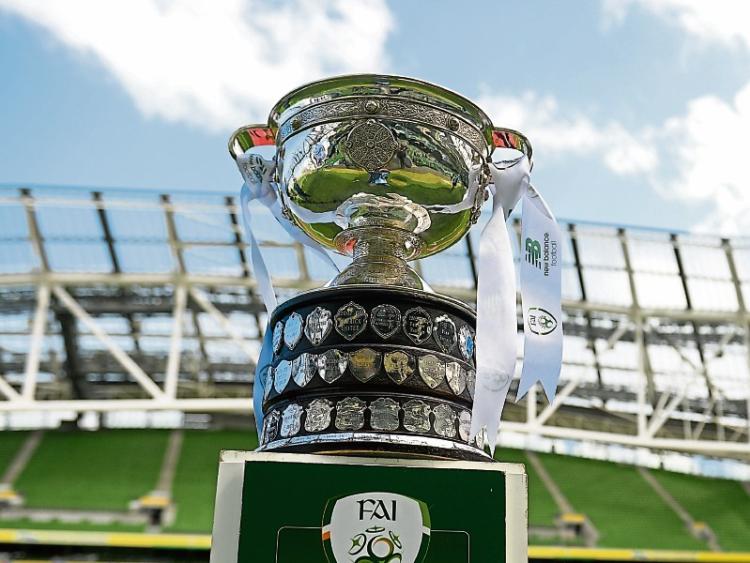 Soccer fans old enough to remember the Symmington Cup would have had the pleasure of watching the FAI Junior Cup Area final.

Back in the day the winners of this cup went on to represent Limerick in the latter stages of the FAI Junior Cup, making the final a do or die event that produced some thrilling games.

This Sunday we get the chance to experience something similar when Limerick's two remaining teams in the competition, Pike Rvs and Fairview Rgs, battle it out for a place in the quarter final of the tournament.

It promises to be one of the games of the season and while such events often fail to live up to expectations, you can be assured of a full-blooded affair.

Both teams come into the tie in superb form. Pike Rvs have played 22 games this season and have yet to experience defeat.

After 18 games, Fairview’s record this season is “blemished” by one defeat back in August against Ballynanty Rvs.

Pike will be without a key player in Steven McGann who saw red in the last round. His absence in the middle of the park will be assuaged somewhat by the return of Conor Kavanagh.

Robbie Williams was injured for last week's win over Pearse Celtic so they will be keeping fingers crossed for his return.

A red card in the previous round will also deprive Fairview of a key player in James Fitzgerald. The tricky winger has formed a great pairing with Ross Mann and his loss will be felt.

Luckily for the Blues, Robbie Kelleher’s form will help ease the pain.

Two of the tightest defences and two of the top scoring teams means something must give.

With just a handful of afternoon fixtures, we are guaranteed a bumper crowd which will just add to the occasion.

Please note entry to this game will be by ticket only. Tickets will cost €5 and will be on sale outside the ground before the game

The Lawson Cup continues apace with eight games down for decision.

Just one all-Premier clash pits Coonagh Utd against Nenagh. With both sides too close to the drop zone for comfort, they will treat this as a bonus.

Nenagh have hit a good run of form and they meet a Coonagh side still recovering from their FAI exit.

It was a good couple of weeks for Premier League holders Janesboro who strengthened the squad significantly. Their first test is a visit to Castle Utd which should be too much for the county side.

A very good Parkville side will enjoy the challenge of hosting Prospect while Geraldines, fresh from their progress in the Munster Junior Cup last weekend, are at home to a Corbally Utd XI smarting from a heavy defeat to Carew Park in the Divisional Cup last weekend.

Following a scoreless draw with Moyross last weekend, Newport travel to the Northside again this week to take on the locals.

Despite plying their trade in the lower leagues, Northside have a good squad and at home will be looking to make life as difficult as possible for the Premier hopefuls.

Moyross v Mungret Reg pits two of the best Premier A sides together in what should be a good cup game.

Wembley Rvs welcome Meanus while Kilmallock take on Holycross in a local derby.

In the FAI Under 17 Cup Limerick are represented by Aisling Annacotty when they host the mighty Shelbourne Academy at 2.00pm on Sunday while the Ger Ryan Youth Cup continues when Fairview take on Shelbourne.

Top game in Division 1A League is the clash of second v third when Kilfrush host Southend while Castle Rvs meet bottom side Granville Rgs.

In Division 1B League leaders Regional Utd B are back to earth when they take on Athlunkard Villa B in Lee Estate.