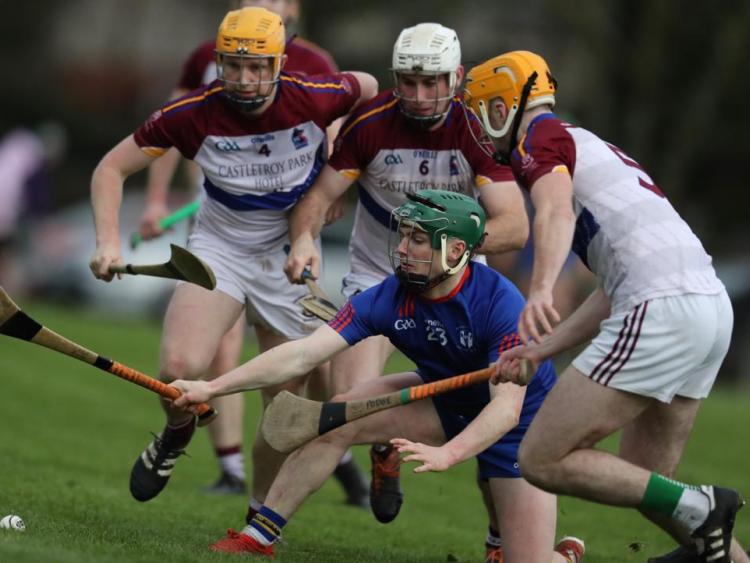 Extra time was required before the Jamie Wall managed side emerged 2-21 to 1-21 winners in their home ground on the South Circular Road.

Beaten in the final last year, Mary Immaculate College now await Carlow IT or NUI Galway in the last four on February 8.

That was the first time that the game was level.

But UL didn't score in the second half of extra time and Mary Immaculate found five points to earn the derby victory.

UL had a return of 16-points from Cian Darcy - all bar three from frees. He was their only scorer beyond the game's 29th minute.

Mary Immaculate had a return of 0-11 points (10frees) from Cathal Bourke.

With Kyle Hayes out injured, UL had Ronan Lynch (Na Piarsaigh) in their line-up and Mary Immaculate had Jason Gilllane (Patrickswell).

A 10th minute goal from Shane Golden had UL on top in the early exchanges and they were 1-3 to 0-2 clear on 12-minutes.

Points from Bourke kept Mary Immaculate in touch until Gary Cooney had a goal in the 27th minute to move them 1-8 to 1-7 ahead.

Within three minutes, Mary Immaculate had a second goal - Andrew Ormond helping them into a four point interval lead.

On the change of sides, Darcy and Bourke were to account for all bar one score in the second half.

Mary Immaculate looked set for a semi final spot when 2-15 to 1-15 ahead inside the final 10-minutes.

But three in a row from Darcy forced extra time.

But Mary Immaculate soon made up that two point deficit with Tim O'Mahony and Ormond points levelling the game for the third time at 2-18 to 1-21.