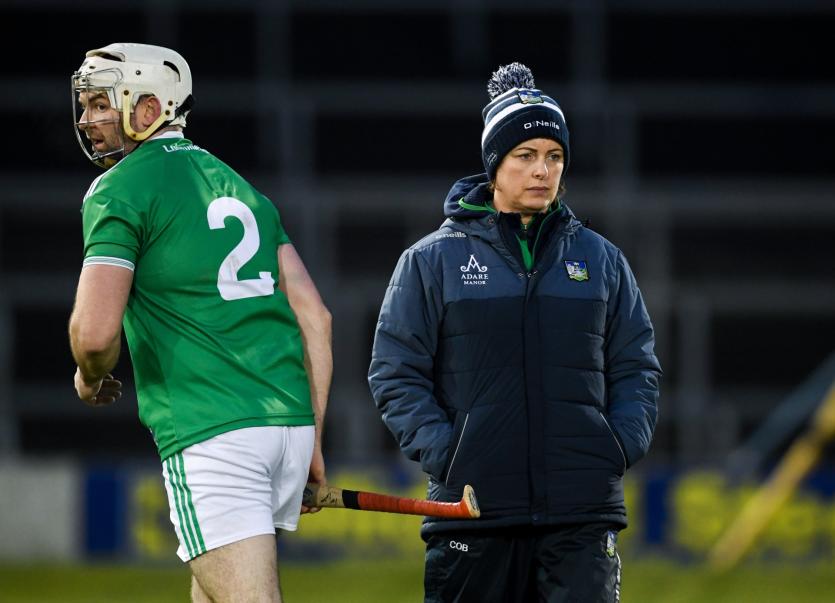 PERFORMANCE Psychologist Caroline Currid is back as part of the Limerick senior hurling management for 2020.

Currid worked with John Kiely's side in their 2018 All-Ireland SHC winning season but opted out for personal reasons last year.

Now the acclaimed Performance Psychologist is back working with Limerick.

“I think it was well highlighted in 2018 and in 2017 what a fantastic job she had done with us so it’s great to have her back on board," said Limerick hurler Tom Morrissey at an Allianz Hurling League event ahead of Galway's visit to the LIT Gaelic Grounds on Sunday.

"I think sports psychology, the game’s evolving and most teams have a sports psychologist or a performance coach with them this year. I think Caroline’s history speaks for itself. She’s one of the best in the game so obviously we’re trying to aspire to be at the top and it’s great to have a person who’s so capable with us," said the Ahane man.

He added: "she works with us more on an individual basis than a group basis."

Currid is one of a number of changes to the Limerick backroom team for 2020 with strength and conditioning coach Mikey Kiely replacing Joe O'Connor and coach-selector Donal O'Grady replacing Brian Geary.

“When you’re talking about teams and players you’re always looking for new fellas to put their hands up and come through. I think that adds a lot of freshness and competitiveness to the team and the team selection and keeps lads on their toes and it’s the same when it comes to the backroom team. It’s nice to get a new voice at times, it does freshen it up. They have a different perspective and what-not and I think for players it’s definitely nice to be getting advice off someone else and someone new and I think with Dodge (Donal O'Grady) coming in, a few of us were lucky enough to play with him and everyone else watched as he captained and played with Limerick for so many years. He’s a fella that definitely has a lot of respect and he knows the game so well having not been out of it too long so it’s great to have him involved with us," said Morrissey.

The Ahane man, who captained Limerick to the 2015 All-Ireland U21 title, said all had a broad welcome for the reappointment of John Kiely as manager.

“Obviously we rate him very highly in Limerick and we definitely didn’t want him to draw a line under it, we wanted him to stay on and stay with us hopefully for a few years. He’s an absolutely top manager. Our management and backroom team is the best, one of the best in the country and it was great to see that most of them stayed on with us. We wanted that continuity. We definitely want to chop or change it.”