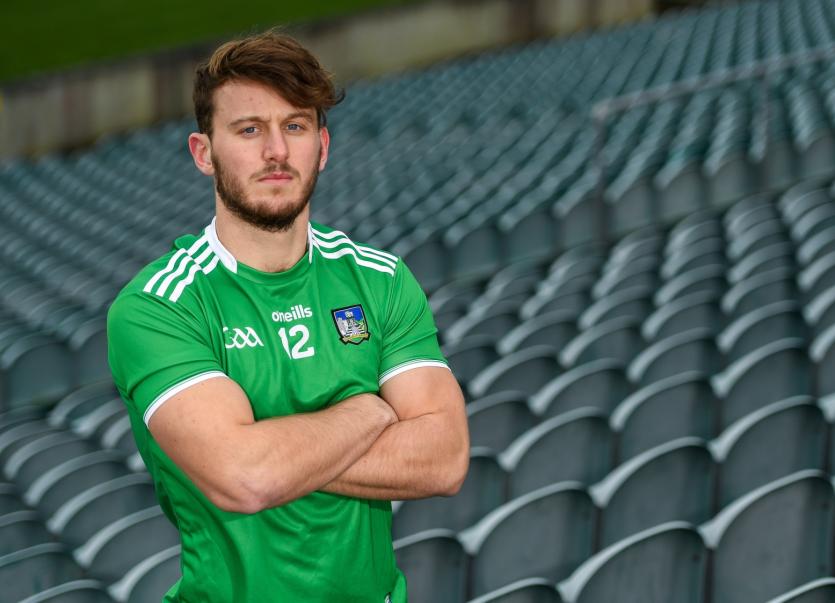 The last time the Shannonsiders put league titles back-to-back was in 1984-’85. With nine different counties winning the title across the last 35 years, just Kilkenny have managed to win successive crowns.

Limerick hurler Tom Morrissey didn’t hide away from his aspirations when speaking at an Allianz Hurling League event this week in the Woodfield House Hotel.

“The league is a competition we won and we’d like to retain,” said Morrissey.

“There is definitely no thinking about All-Irelands at this stage of the year or fast-forwarding to July. Obviously, being in Croke Park for All-Ireland semi finals or finals is where you want to be, but definitely, the league is a competition we won and we’d like to retain it. It is definitely our main focus at this moment in time, just to get good performances and victories under our belt and gain that confidence going into championship,” outlined the Ahane man.

“Looking back, there is no point in doing it. The past is the past. There is no changing it. We are going to attack each game as it comes this year and, hopefully, get more silverware, as well.”

Morrissey scored two points in the comeback win over Tipperary,

“We went out to win the match - that was a focus of ours. We want to do well - we won this competition last year and we would like to retain it again if we can this year. Obviously our main objective is to get into the top three in the group and make sure we get into the knockout stages. Obviously it is January so you can’t look into the win too much and it won’t mean much for form come championship time but it’s great with the manner of the win to come back from such a deficit - that was a huge boost for us going forward,” he recalled of the Thurles win.

“It is a step up in intensity from the pre-season games and i know that the 15 players that are selected to go out onto the pitch for Limerick are fairly cut-throat and gunning to get a win and a good performance under their belt because it’s an opportunity for a player to stake a claim for their place on the championship team, which for an individual player is the goal every team. Any time you get a jersey, you want to hold onto it for the next day and make sure that you are going to be John Kiely’s head when it comes towards championship.”

On Sunday (2pm), Limerick and Galway meet for the first time since the 2018 All-Ireland SHC final.

“I actually didn’t realise it’s going to be our first game since the All-Ireland final. So yeah, maybe a bit of added motivation for them maybe, I don’t know if they’re going to use it or not but if it’s going to be as exciting a game, spectators are definitely going to hope so but it should be a good battle and Galway are a fantastic team and while they may have had a small dip in performance last year, they were unlucky not to get out of Leinster, I’m sure they’ll want to rectify that this year and will be all guns blazing,” said Morrissey.

“Of course, Shane O’Neill was obviously involved with the Na Piarsaigh boys and I’m sure there’s going to be plenty of familiarity there. I myself haven’t had any experience with him but it’ll be interesting for him coming down to the Gaelic Grounds, a ground that he knows so well and to be on the opposite sideline to the Limerick one will be a strange feeling for him.”

Sunday is also the first league clash of the sides since Limerick were winners in Salthill in March 2018 – a game that secured promotion out of tier two after eight seasons.

“That was a huge win because Limerick had been down in Division 1B for eight years and we would like to consider ourselves a traditional hurling county so that was too long not to be at the top table so for us the league was probably more of a main focus in 2018 to try and get up to Division 1A to get these games consistently at a high level to prepare for championship. Definitely that win was huge for us as a group and probably kick-started the confidence and belief we showed throughout 2018 to go on and win the All-Ireland.”