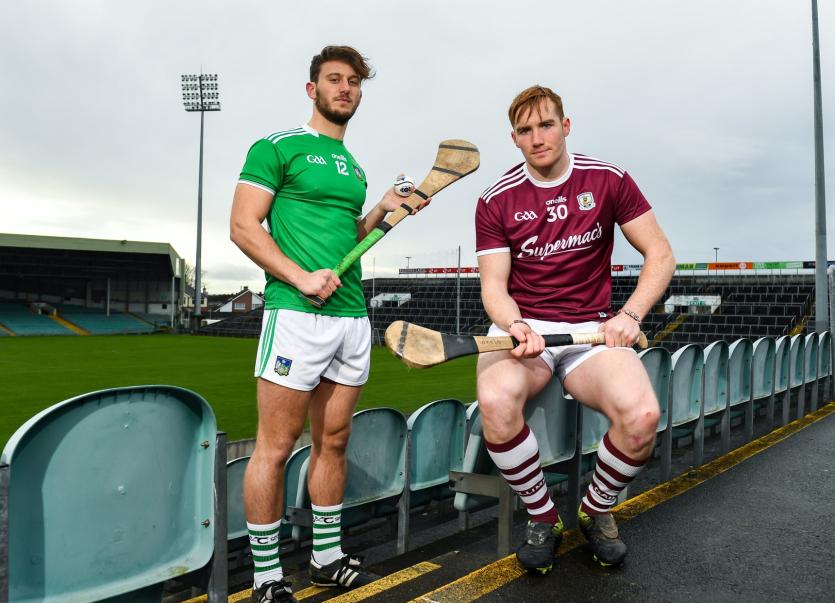 LIMERICK and Galway renew hurling rivalries next Sunday for the first time since the 2018 All-Ireland SHC final.

The round two Allianz Hurling League take has a 2pm start in the LIT Gaelic Grounds.

This Monday, Limerick's Tom Morrissey and Galway's Conor Whelan were in the Limerick GAA headquarters for a media photo shoot to promote Sunday's game, which is live on TG4.

Galway are now, of course, managed by former Limerick and Na Piarsaigh hurler Shane O’Neill, who played senior hurling with Limerick under Tom Ryan and Eamon Cregan between 1995-2000 and alongside current Limerick manager John Kiely.

O’Neill’s coach is another Na Piarsaigh man John Fitzgerald – Limerick U21 manager in 2012 when Declan Hannon, Dan Morrissey, Shane Dowling and Adrian Breen were in his line-up.

The last league meeting between Limerick and Galway was in March 2018 when victory in Salthill for the Shannonsiders earned promotion and ended eight years outside of the top flight in the league.

The last league meeting of the counties in top flight was back in 2010 in Kilmallock - current panelists Graeme Mulcahy and Nickie Quaid were in the Limerick team on that occasion when Justin McCarthy was manager.

Fresh from a 12-point turnaround against Tipperary, Limerick will be looking to extend their 2020 winning run onto five games on Sunday. Galway opened their league with a home win over Westmeath on Sunday.

There is a double-header in the LIT Gaelic Grounds on Sunday - the hurling at 2pm is followed at 4pm by Limerick's opening game in the 2020 Littlewoods Ireland Camogie League.