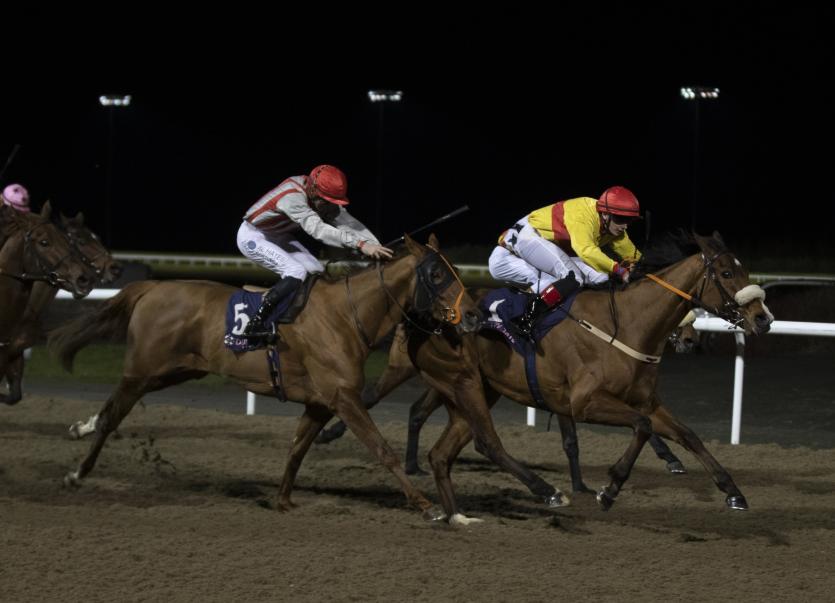 Askeaton’s Barry Fitzgerald sent out his first winner when Beauchamp Bagenal landed the 7f apprentice maiden at Dundalk on Friday night. Although beaten in two bumper races, the five-year-old was a very different proposition here and beat the Andy Slattery-trained Super Schemer by a length at odds of 20/1 under Wexford apprentice Willie Byrne. Fitzgerald is from Askeaton, County Limerick and he said, “That's my first winner so happy days. It's good to get one on the board. I've ten in altogether and eight riding out. I'm training from the owner Michael Foley's yard in Bagenalstown and have the license since July.”

The third Dublin Racing Festival, to be held at Leopardstown next Saturday and Sunday has attracted strong entries for all eight Grade 1 races. The €250,000 Irish Gold Cup has a stellar entry of 15 has been made for the most valuable event of the weekend on the second day of the Festival. Last year’s first and second, Bellshill and Road To Respect are engaged once again for Willie Mullins and Noel Meade respectively. Mullins could also call upon Kemboy, Ireland’s highest rated chaser, and Cadmium as he bids to win the race for the 11th time. Gordon Elliott has yet to win the race but would have a lively contender in the shape of Delta Work which landed the Grade 1 Savills Chase at the Leopardstown Christmas Festival. Elliott has also entered Grade 1 winners Shattered Love and the long-absent Death Duty, and he could also run Alpha Des Obeaux. Sizing John, the winner in 2017, and Jett have been entered by Jessica Harrington and another double handed is Henry De Bromhead with Chris’s Dream and Balko Des Flos. La Bague Au Roi was successful in the Grade 1 Flogas Novice Chase at the meeting a year ago and she could yet represent Warren Greatrex.

The highlight on Saturday is the Grade 1 PCI Irish Champion Hurdle with the Mullins-trained Sharjah, Elliott’s Apple's Jade and De Bromhead’s unbeaten mare Honeysuckle featuring among an entry of 14 that includes the last three winners of the race. Mullins, who won the race for five consecutive years from 2011 to 2015 with Hurricane Fly and again with Faugheen in 2016, has made four entries. Sharjah leads the way after his Christmas course and distance success and the champion trainer could also run Klassical Dream, Saglawy and Aramon.