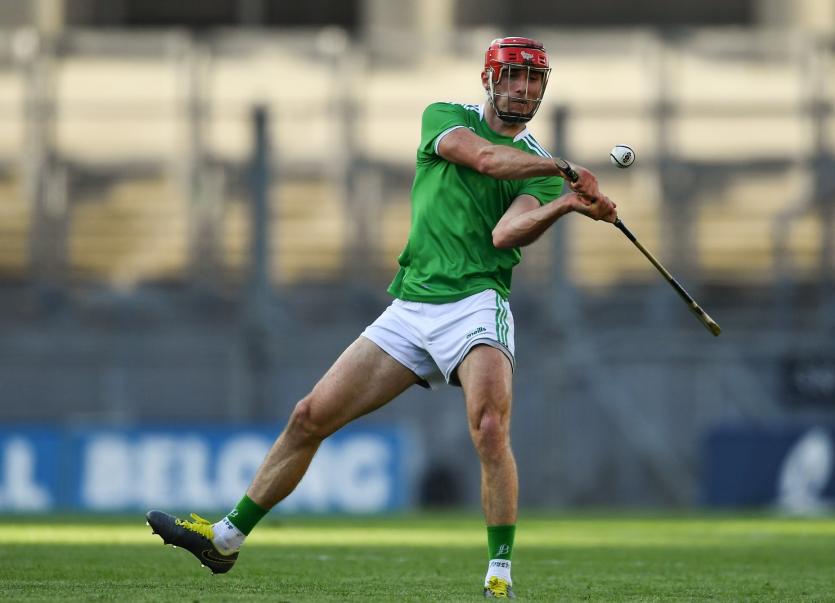 LIMERICK defender Barry Nash has explained the importance of the half time dressing room in his side's change of fortune to overcome Tipperary in round one of the Allianz Hurling League.

The Shannonsiders battled back from 10-points down to earn an unlikely two point, 2-14 to 0-18, win in Thurles over the All-Ireland SHC winners.

Wing back Nash was named Allianz Man of the Match by broadcasters eir Sport, who had Tommy Walsh (Kilkenny), Lar Corbett (Tipperary) and Seamus Hickey (Limerick) as their pundits.

"We started very dead in that first half and when we came in at half time we knew we had a lot of work to do," explained Nash to eir Sport.

"John (Kiely) and Paul (Kinnerk) spoke very well at half time and they really settled us down because all we really needed to do was to relax and get into the game and that’s what we did."

He explained: "Some days you come out and it’s just not your day - thankfully we came in and got our heads screwed on for the second half and when we went out we were flying it".

The South Liberties man suggested that Limerick had much to improve on for the second half after trailing 0-13 to 0-4 at the interval.

"There were a lot of things, like the breaking ball where Tipperary were all over us - they were winning every breaking ball. That was one of our goals for the second half to try and get on top there and I think we did that very well in the second half," he said.

Nash is one of the star Limerick performers in the four games to-date in the 2020 season but with 30 different players getting game time he is very aware of the stiff competition for places.

"We are all fighting for positions inside in this Limerick team - the panel is so competitive. Anyone could be playing on any given day - as long you keep bringing it to training and to the matches, you will get your place," he said.

Limerick's round two game next Sunday (2pm) is the visit of Galway to the LIT Gaelic Grounds.