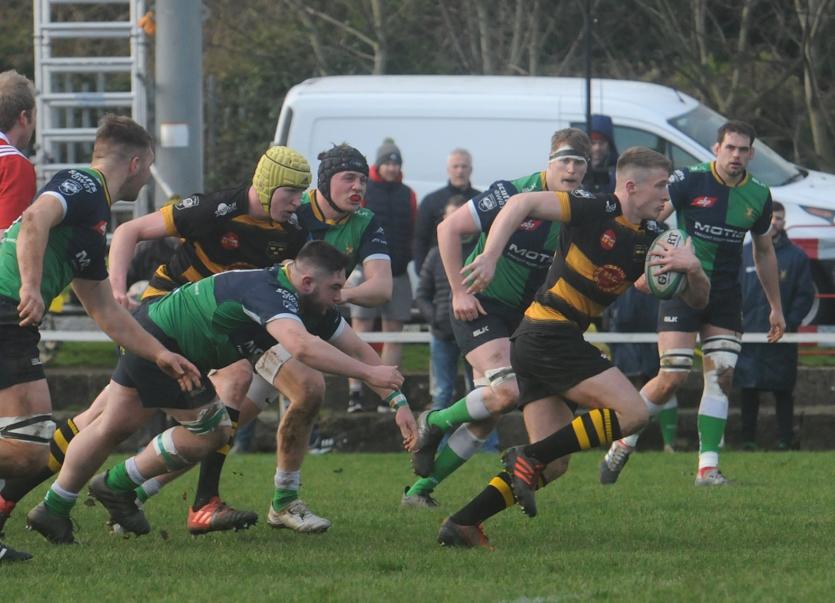 There were five wins from six in the Energia sponsored All-Ireland League for Limerick's senior clubs this afternoon. Bruff's loss to Clonmel in Division 2C, the only blemish in round 11 of the season.

In Division 1A, Young Munsters have moved into sixth, just four points off fourth, with thanks to a home bonus point win over Ballynahinch. Tries from Evan O'Gorman (2), Harry Fleming and Jack Harrington, as well as a penalty try from their scrum saw them seal all five match points.

In the same Division, Garryowen went on the road to Cork and cemented their place in second with a 15-7 win over UCC at the Mardyke. Tries from Cian O'Shea, Colm Quilligan and James Heuston sealed the win.

Shannon, in Division 1B, also won on the road. The win, secured by two tries from Pa Ryan, one from Alan Fitzgerald and one from Jamie McGarry, sees them move into fourth and into the play off spots. The win, secured in the dying moments of the game, is all the sweeter as the men from the 'Parish' had trailed 19-7 at one point in the second half.

UL Bohemian are now sixth in Division 2A following a fantastic win at Musgrave Park over Dolphin. Tries from Jamie Shanahan (2), Jamie McNamara, David O'Connor and Robbie Bourke have seen the Robins back in the hunt for a top four spot.

Old Crescent put 50 points on Nenagh, thanks in no small part to four tries from Val McDermot. The Rosbrien side also had five pointers from Jack O'Neill and Gary Fitzgerald in what was an impressive performance from the city side, who now sit joint second in the table alongside Rainey OB.

WATCH TRY Val McDermott wrestles his way over the line for his second try of the afternoon before the halftime break.
Mullaly's missed conversion means the half ends 19-10 to @OldCrescentRFC1 #LLSport @LimkLeaderSport pic.twitter.com/xGsHzzc099

As mentioned, the only mark on the copy book from a clean sweep was Bruff's 11-14 loss to Clonmel in Division 2C. A try from Cian Clifford and two penalties from Andrew O'Byrne were not enough to see the home side get some vital match points. The County Limerick side are now eighth in the table, six points off of the play offs.