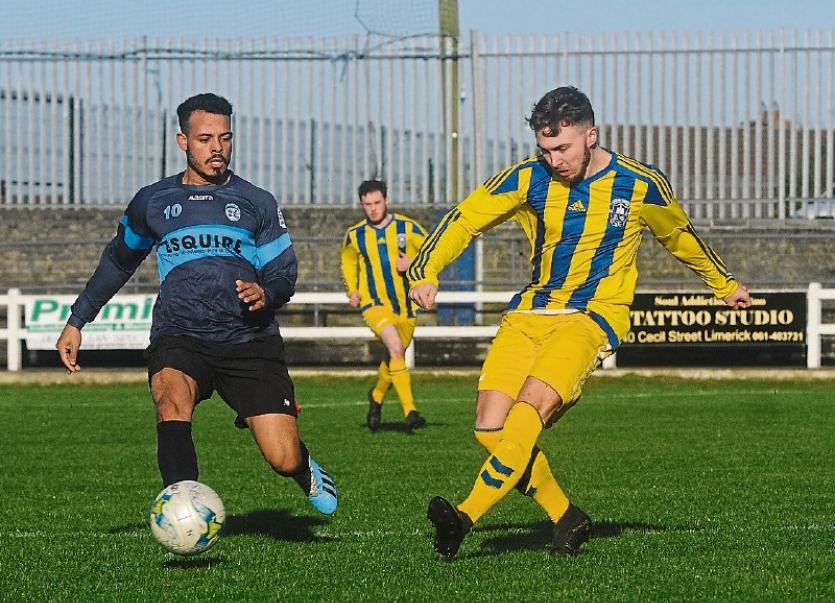 With Regional Utd already sitting pretty in the last 16 of the Munster Junior Cup, Limerick's five remaining sides are in action this weekend looking to join the Dooradoyle club and all are favoured with home advantage.

Aisling Annacotty kick off the quest on Saturday evening when they host Killarney Ath. The Kerry side are seven points behind leaders Castleisland in their Premier League but have played three games less.

No strangers to Limerick opposition, Killarney are always a stern test and expect nothing else on Saturday.

Aisling had a mixed week, going down on penalties in the Tuohy Cup v Fairview on Thursday and winning a stick Lawson Cup tie versus Charleville on Sunday.

They continue to strengthen the side and possess serious goal threat. They showed last season during their FAI run that they showed that they relish the big occasion and I expect them to rise to the occasion on Saturday.

Geraldines welcome Killavilla Utd to the Garryowen Green. The Tipperary side are mired in a three-way battle for the Tipperary North Premier League with Nenagh Celtic and Borroway and they will prove serious opposition.

The ‘Dines’ had a great start to the season but in recent weeks they are stuttering slightly. They still have the players capable of matching any side.

A win on Sunday could be the confidence boost they need to re-ignite the season.

One team in no need of a confidence boost are Fairview Rgs. Sitting pretty atop the Premier League, in the last week they also for the semi final of the Tuohy Cup.

The form of Ross Mann and James Fitzgerald has been boosted further with Robbie Kelleher’s return to scoring.

Pike Rovers are another side in superb form and on Sunday they welcome Cork side Pearse Celtic to Crossagalla.

Pearse have played only four League games to date with mixed results. They have shown over the years that they are capable of lowering Limerick colours so Pike need to guard against complacency.

Pike left a lot in the tank in their previous two wins so manager Robbie Williams will e hoping they can click on Sunday.

Another Cork side, above Pearse in the table are Macroom and they are in the way of Regional Utd having two sides in the last 16.

The Bees lead the way in Division 1B and are a much better side than their league standing suggests.

They have a number of players well capable of playing Premier football but have opted to remain with their club. With a crowd behind them they could make life difficult for the southerners.

In the Munster Youth Cup Charleville take on fellow Cork side St Mary’s while Caherdavin Celtic welcome Bridge Utd to the Greenhills.

One game in the Open Cup pits Wembley Rvs against Lisnagry while in the Lawson Cup Caherconlish will fancy their chances at home to Hyde Rgs.

In the Premier A League two vital games in the promotion race sees Moyross host Newport while Charleville are at home to Fairview Rgs B after which games the picture will become clearer.

Today (Thursday) the first of the Tuohy Cup semi finals is scheduled when Kilmallock take on Ballynanty Rvs at 7.00pm in Jackman Park.

Balla will be obvious favourites but need to be on guard as many a beaten semi finalist could remind them.