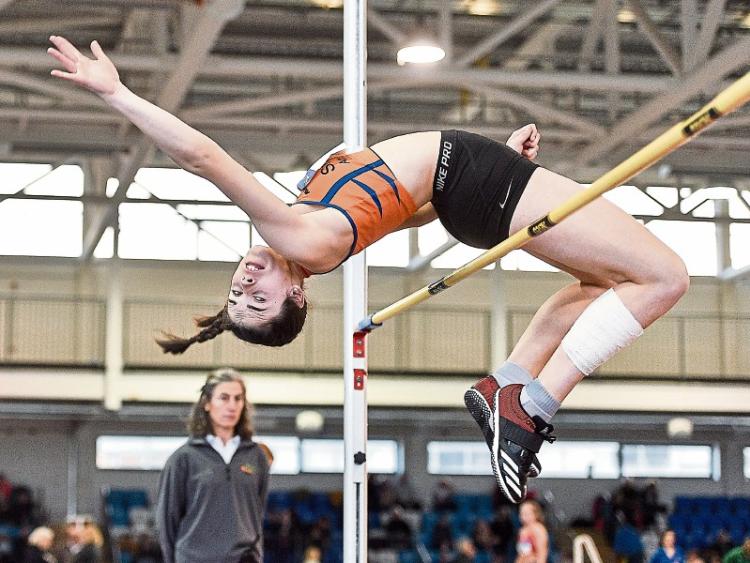 Almost 300 athletes, including many of the best in the region assembled in East Limerick for 7th staging of this challenging event. Despite residual frost running conditions were perfect. The men’s event was won by Bilboa’s Declan Moore, who lead from start to finish in 32:14. Irish International Tri-athlete Darren Dunne was 2nd in 32:29 with Sligo A.C’s Seamus Somers completing the podium in 33:33. John Fitzgibbon (33:03) and Declan Guina (33:05)were 4th and 5th respectively. Dermot Kearns (Dooneen) 35:31 and Cathal O’Connell (St.Finbars) 35:40 were M40 and M50 age category winners.

Patrick Lynch (39:30) and Kate Bobka (41:39) were first An Brú athletes. Well done to all involved on the staging of a most successful event.

There was a lot of good performances as many of Munsters best young athletes gathered in Nenagh. Many from Limerick performed well and many brought home honours.

At U9 a Dooneen Boys team featuring Sean Cahill, Tommy Enright, Iarla Kelliher and Oisín Purtill were 2nd in 2:34:11. Dooneen’s U10 team were also Silver medalists in a time of 2:19.43 and it featured Jake Barclay, Robert Purtill, Cian O’Donnell and Ryle Bourke. At U11 there was a Gold medal in 3:16.83 for the Dooneen Girls with a team featuring Eilís Ni Neill, Marian McNamara, Isbael Ní Hulgin and Ellen Goggin.

One of the highlights of the day came at U12 Girls where there was a CBF (2:04.13)and a Gold medal for a Dooneen team of Emer Purtill, Emer O’Shea, Destiny Lawal and Lilly McMahon. The Dooneen U12 boys were 4th. At U14 Dooneen featuring Mai McKenna, Katie Enright, Órla O’Shaughnessy (competing for the second day in a row) and Vivian Amaeze secured Silver only narrowly behind Leevale 1:56:80 to 1:56:65. In the same race Limerick A.C were 4th. There was a Limerick 1-2 in the U13 Girls event with Dooneen, represented by Molly O’Mahony, Maeve Purtill, Eimer Ryan and Eanna Iseult Ní Huigin Dooneen edging Limerick A.C 2:01.23 to 2:02.72. The Dooneen U14 boys were 4th.

At U16 a time of 1:50.72 yielded a Gold medal for a Dooneen side featuring Victoria Amiadamen, Aimee Ryan, Debbie Lawal and Molly Quirke, ahead of a strong Leevale (1:51.45). At U17 Dooneen represented by Sarah Butler, Maria Campbell, Debbie Lawal and Victoria Amiadamen were a close 2nd behind Leevale in 2:27.53. At U18 the Dooneen girls were 4th. At U19 there was a Bronze Medal for the Dooneen boys team of Luke Tuohy, Dior Lawal, Fintan O’Sullivan and Tessy Lawal 1:40.79.

Ella Dillion (Dooneen) was a Silver Medalist in the U18 High Jump. Well done to all involved.

The first national championships of the decade took place at Athlone Institute of Technology on Saturday last. Laura Frawley (St. Mary’s A.C.) justified expectations storming to victory in the Youth Women’s Pentathlon with 3473 points and winning 4 of the 5 events in the process. Dooneen’s Orla O’Shaughnessy took a superb 3rd place and her first national Pentathlon medal in the Girls U14 event with 2655 points