Limerick Ladies football captain glad to be 'back' in action 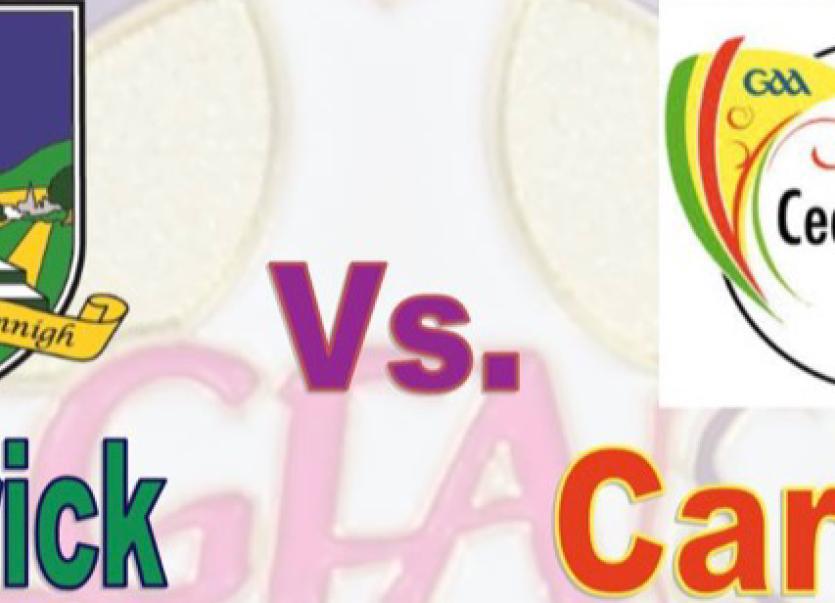 Niamh McCarthy, the new captain of the Limerick Ladies football team for 2020 is delighted to be back playing, following a serious car crash which threatened to ruin her career. On Sunday, her charges face an away trip to Carlow for their opening Division 4 game in the LIDL sponsored National League on Sunday at 2pm.

It’s been a long journey back to the team for McCarthy, after she suffered a serious back injury in a car crash in 2014. The Dromcollogher/Broadford club player said it was a tough road back: “It really did have a huge impact on my life. Whether it be my personal life or my playing career, I really struggled.  Playing football for Limerick was something I always aspired to do, especially when the ladies won the 2010 Junior All Ireland. I was so eager to be part of that culture and success, and everything else that came with it.”

So, to have all that taken away from her was difficult. Following the accident Niamh was into her second year of college at the University of Limerick. She was ruled out of the O’Connor Cup team, the Limerick county team as well as her club. She was living away from home, juggling study with rehab for her back, and was also trying to manage mentally.

She found it hard. McCarthy had been part of the Limerick set-up for many years, having played for them since under 12-14 level. Her Dad, Moss, is heavily involved in coaching in Limerick.  He is the manager of their club team, having previously managed the men’s team in their glory days of the 2000’s, bringing them from the Junior ranks to senior football.  Her Uncle Micháel Reidy also played Senior football for the Limerick men’s team.

“Every aspect of my life revolves around the GAA. There are debates every evening with my sisters, there’s six of us (one brother), so there’s constant debates about how to play the game. My Dad and Mum have been managing and coaching us for a few years now, so it’s bred into us. I’ve one brother who is 9 years of age, he’s our mascot if anything, but he gets stuck into club training with the girls,” laughed McCarthy.

Eighteen months after her accident, and with her Dad as manager, she played a leading role in Dromcollogher/Broadford winning the Limerick Intermediate County final in 2016, beating Athea. McCarthy remembers that day fondly: “I had been playing centre-back alongside my two sisters Meadbh and Ciara. I actually won player of the match that day. We progressed into the Munster final against Kinsale, losing narrowly. For me it was a huge achievement, to be playing at a good standard of football just 18 months on from the accident.”

The 24 year old Science and Biology teacher graduated from the University of Limerick in 2017.  “I’m loving the teaching aspect for the past 3 years. It’s something I’ve always wanted to do, interacting with young people and hopefully have some influence on them, whether it be academically or non-academically such as teaching life skills in general is always a win-win for me,” said McCarthy.

But there was always something missing. She was missing that grueling pre-season training and it was something she was really mad to get back into.  “I was out of the loop then, almost two years out of the county scene. Life had taken over, I graduated from college, I was starting a new job, I was travelling. I missed out on the county scene, but now I’m back. This time last year I was teaching in the Abbey School in Tipperary, John Kiely was principal. He asked me was I going to get back in with the Limerick squad. I looked at him and I said no. He asked me why, and I honestly didn’t have an answer, because all of my answers were just excuses. I was after managing my back, my injury, I was getting to grips with my job, I was fit, I was young, I was enjoying my football, so I didn’t really have an excuse at the time.  It stuck with me when the new management team was announced this year."

"John had said  To me, ‘Play it while you’re young, play it while you can’, and it kind of resonated with me.  When it came up I thought well you know what, I might just do it. I spoke to my sister, who was involved with the under 21’s up until last year about it. So, we turned up to training on a Sunday morning in UL, and the rest is history.

“We’ve been working and training really hard, eating well, just getting stuck into it. For me, my goal was to get back in, to start forming this unit again, to get involved again, to train hard and to win matches. That still is the goal,” added McCarthy.

“For me, I’ve been captain of my own club. I really do believe that your team is only as strong as the people around you, the girls are the true leaders. While the captain’s role has been given to me, the girls on that field are fantastic. I mean Caroline (Hickey), Cathy (Mee), Cliodhna (Ní Cheallaigh), they’re some fantastic girls. They are really experienced girls, and it’s their strengths that we’re playing into. That’s the kind of leadership that we want on and off the field. We’re really starting to rally together and form this unit as a team, putting the body on the line for one another.

“With Donal Ryan coming in, along with Paul Creed, Steven McMahon and Catherine Murphy, there’s a fantastic new management set-up. The girls are young, they want to buy into it, they see something in it and as a result we’re training hard and we’re looking forward to our first game. We’ve got such positive energy in the camp. We’re working on our mentality, our physicality, and hopefully we’ll be able to replicate that against Carlow this weekend”

“We’ve got great numbers and great talent in this team and hopefully it will all pay off. We’re just going to take it game by game. We just want to improve every time. There’s a long-term plan there and we want to keep footballers in Limerick and get them playing to the highest level they can. It’s all about development. We’re positive about it, we’re hungry and we want it. The squad is fit.”

“The people I’m surrounding myself with give me the tools to be able to lead this Limerick team, I’m going to do well. It’s going to be a busy year, an interesting year, and hopefully a successful year for all of us involved. Success breeds success, and that’s what we’re striving for. We’re out there to win.

“We’re lucky with the backing we have behind us, with Fitzgerald Woodlands in Adare providing us with facilities, gym and pool, along with pre-match food. It’s so much appreciated, and I’d like to thank them and the management for giving me the opportunity to lead this team. 2020 is going to be a big year for sport and we’re looking to kick it off on a good note.”