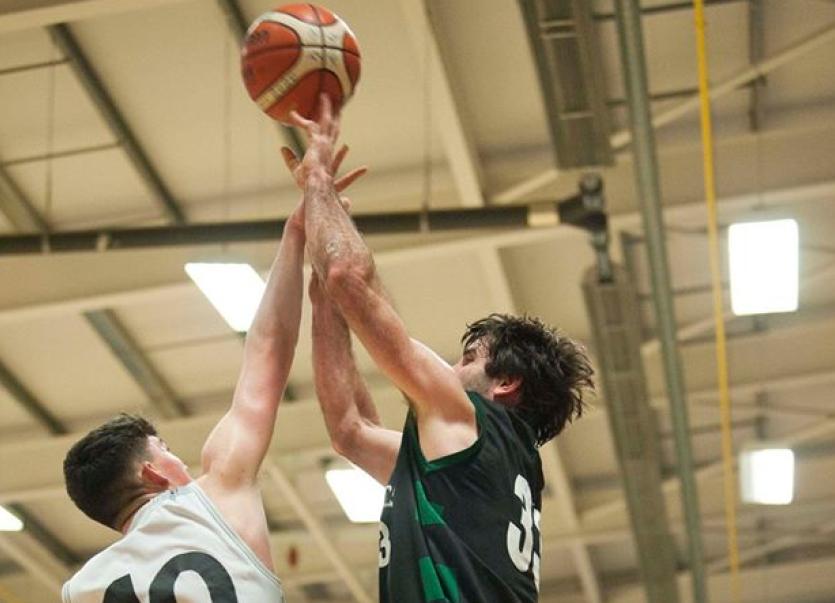 Diarmuid O’Shea was the hero for Limerick Sport Eagles on the road in Sligo on Saturday evening meanwhile as he scored a massive three pointer with just one second on the clock to give his side a one-point victory over Ej Sligo All Stars, 83-84.

Sligo had the better of the first half, opening up a six-point lead at half time, 49-43, thanks to big work from Jesus San Martin under the boards and some nice scores from Eoghan Donaghy and Alvaro Romo. Eagles had the sides all level by the end of the third though, with Reece Dupler in impressive form – finishing the game out with 27 points, while O’Shea and Ciaran Woods also hit the target at key stages. A nervy fourth quarter followed and as the clock wound down, it was Sligo who held a slim two-point lead, before O’Shea delivered the ultimate blow, netting a huge three pointer with nothing on the clock to give Eagles a big road win.

Limerick Celtics took a big home win over Fr Mathews on Saturday, winning out 78-71. Kevin Oberweiser was the standout for the hosts, finishing out with a 33-point game, while Carlos Hortelano and John Galvin combined for 32 points in a thriller. Mathews had the edge at half time by one, leading 36-37, thanks to a superb performance from Jack O’Mahony and good scoring from Jarvis Pugh and Darko Bucan. Just two separated the teams at the end of the third, with Celtics leading 54-52, and it was midway through the fourth before they began to get some breathing room, with Oberweiser guiding them home to a seven-point victory in the end.

Phoenix Rockets took home a big road win from Limerick on Saturday afternoon, winning out 45-78 over UL Huskies. A close first half saw Summer King and Orlaith Woods in good form for the hosts as they kept Rockets’ on their toes throughout, but good work from Charley McGrath and Georgie McGrath opened up a 30-44 half time lead for the visitors. A massive second half from Charley McGrath, along with great scoring from Kayona Lee widened the gap even further, and with huge defensive intensity from the visitors in the closing quarters, they pushed on to win 45-78.

Ulster University had 30 points to spare over Limerick Celtics on Saturday afternoon, winning out their cross conference clash, 51-81. A combined 46-point performance from Kollyns Scarbrough and Aoife Callaghan was the main talking point for the visitors on the day as despite good work from Kendall Bradbury (who finished with 20 points) and Emily Tinnes for Celtics, Ulster had just too much firepower and won out well in the end.