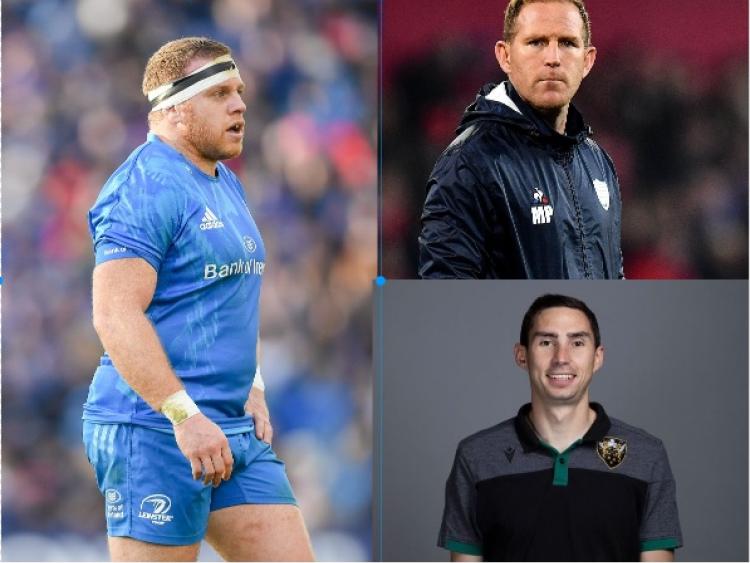 MUNSTER Rugby may have fallen short of the Champions Cup quarter finals for the fourth time in ten seasons, but the show does go on for some Limerick men.
In the tie of the last eight, four time winners Leinster Rugby, home to Monaleen's Sean Cronin, will face Saracens in a home Quarter-Final on the weekend of 3/4/5 April.
Leinster finished the pool stage as top seeds with six wins from six games and 28 points from a possible 30.
Saracens finished second in Pool 4 with 18 points and four wins from six games, meaning they progressed as eighth seeds.
The sides last met in last season’s Champions Cup Final in Newcastle, with Saracens winning 20-10 on the day.
In 2018, the teams met in the quarter-finals with Leinster coming out on top, 30-19, in front of a sold-out crowd at Aviva Stadium.
Exeter Chiefs went through as the second ranked side and will host Northampton Saints in an all English affair.
The Franklins Gardens side are managed by Maurice Hartery, a former teacher at Castletroy College and manager of Thomond RFC.
Mike Prendergast's Racing 92 will be on the road following their final round loss to Saracens. The blue and whites will face the toughest of away days when they must travel to Parc des Sports Marcel Michelin to face Clermont.
The final tie of the round will see Toulouse host Ulster who qualified on Saturday night thanks to a home win over Ulster at Kingspan Ravenhill.

Matches to be played on the weekend of April 4

For more see #LLSport on social media or see
www.limerickleader.ie