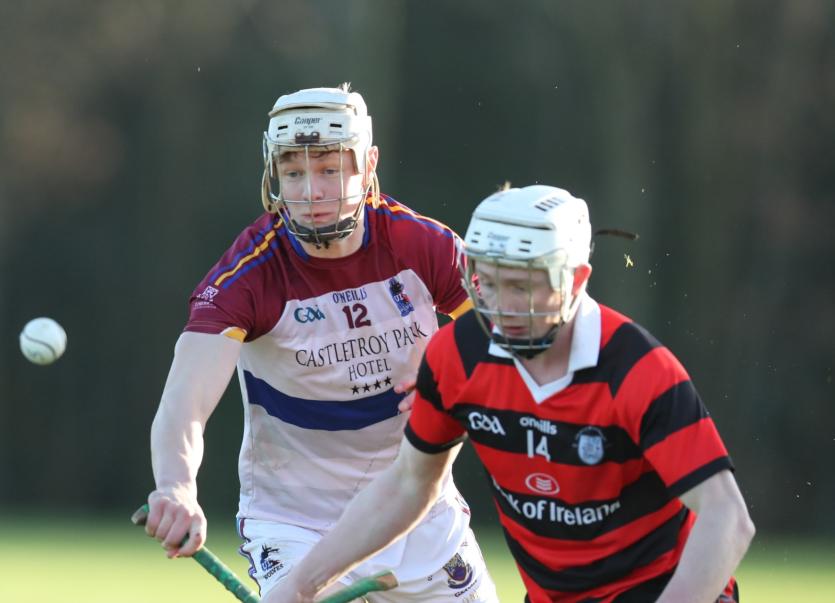 TIPPERARY forward Cian Darcy scored 2-6 as University of Limerick bounced back to winning ways in impressive style against Trinity College Dublin on Sunday to keep their Fitzgibbon Cup hopes alive.

Goals from Darcy (2) and Ronan Lynch had given UL a well-deserved 3-13 to 0-5 lead at half-time as the impressive Jake Morris caused all sorts of problems for Trinity.

Beaten by three points in DCU in their Group A opener last week, UL were comfortable 3-21 to 0-13 winners against a Trinity College team who struggled against a more physical and clinical home side.

Limerick midfielder Ronan Lynch grabbed the game’s opening three points propelling UL into a healthy 1-6 to 0-0 lead midway through the opening half.

Cian Darcy found the net for Gary Kirby’s charges after Kyle Hayes eased through the Trinity defence before laying the ball off to the lively forward.

Darcy then found the far corner to grab his second goal of the afternoon as UL opened up a nine-point advantage against the struggling Dublin side.

Moments later, Ronan Lynch added to points from Kevin McDonald and Padraic Campion to score UL’s third goal of the game after linking up well with Michael Carey.

Donnacha Ryan grabbed Trinity’s first point from play, five minutes into the second half but despite having the breeze in the second half, the Dublin side continued to struggle against a ruthless and well-drilled UL team.

Trinity managed to get on top early in the second half but UL kept the scoreboard ticking over thanks to a flawless free taking display from Darcy.

A response from Trinity was cancelled out by two further Darcy frees as UL ran out comfortable 3-21 to 0-13 winners despite recording 16 wides throughout a game played in cold but near perfect conditions in Limerick.

The 17-point win for Gary Kirby's side sets up a mouth-watering clash against Maynooth University next Thursday in Castletroy to decide who advances to the quarter-finals stage.