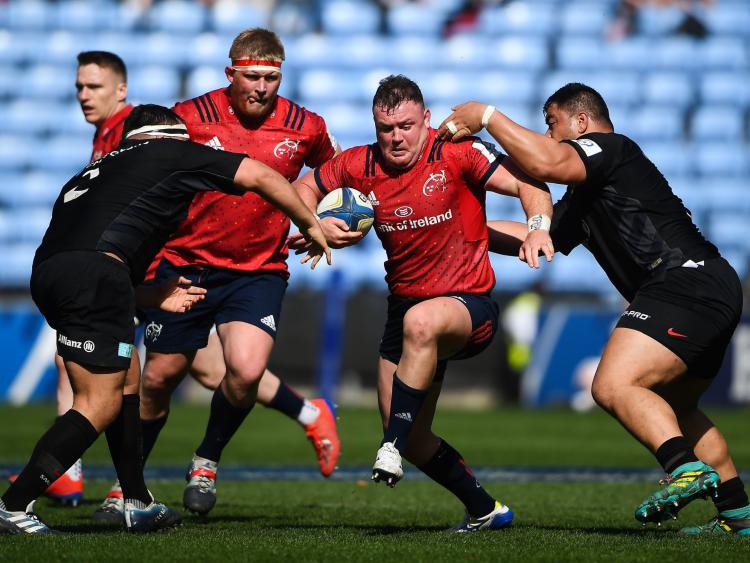 MUNSTER prop Dave Kilcoyne says as a Limerick man born and bred, he doesn't need any convincing about the importance of Sunday's Heineken Champions Cup clash with Ospreys at Thomond Park, 1pm.

Munster's chances of progressing to the knock-out stages of Europe's premier club rugby competition may be hanging by a thread, but Kilcoyne insists that it is vital for the side to finish off their pool campaign with a home win.

Two-time Heineken Cup winners Munster have lost their last three fixtures on the bounce, while the province has won just two of their last eight games in all competitions.

Kilcoyne said the size of the travelling support in Paris last weekend re-iterated what the side means to the people of Munster.

Kilcoyne said: "Even from last weekend, you looked around and there was so much travelling support. I believe there are more than 19,000 tickets sold for this weekend. That just shows the level of support and what Munster Rugby means to the local community here.

"I'm from Ballinacurra, I'm from Limerick and I came up wanting to play for Munster. You live and breathe it, you go to school here dreaming of playing for them. When you get involved in it, you see how much it means to your family and beyond that, the wider circle, so I don't take any convincing of how important this weekend is.

Looking to the future Kilcoyne said that among the positives the team could take from last weekend's defeat to Racing 92, was the arrival this season of senior coach Stephen Larkham and forwards coach Graham Rowntree.

Kilcoyne said: "Going forward, I think there have been a lot of really positive moves from Munster, I think Stephen Larkham coming in and Wig (Graham Rowntree), they have been two incredible signings.

"Steve has really developed our attack game. I was envious looking on at the lads playing when I was injured there with my calf, they were playing to width, really taking options, they were looking for space, they are playing quite an expansive game plan, but it is not silly rugby, they were just taking options that are on that we probably wouldn't necessarily have taken in the past, Steve has been incredible, I know the backs speak incredibly highly of him.

"Then obviously I am working on a daily basis with Wig who I can only say, he is such a Munster man, he won't mind me saying that, he has been an incredible signing.

"If you meet him here he is just a ball of energy, he lifts the place when he comes into a room, everyone just lifts around him, he is exactly what Munster needed.

"He is like a born and bred Munster man. He comes from that tough, old school kind of thing, I hope he doesn't mind me saying this, but he is incredibly positive, he is incredibly knowledgeable about the game.

"They are two serious signings Munster have made there."