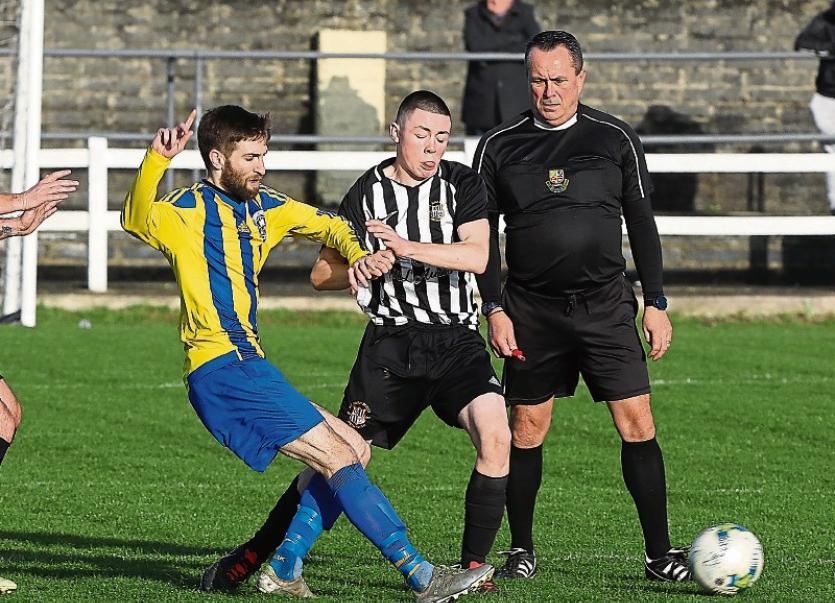 There are two games scheduled in the Munster Junior Cup this weekend. Fairview Rgs take on Athlunkard Villa with the winners moving onto the open draw phase of the competition where they will host Clonmel. Fairview have been on a roll of late and form suggests they should continue in the same vein come Sunday.

‘Villa will no doubt put up a good challenge but with the form Ross Mann and Jeffery Judge are showing, it’s hard to look beyond the Blues.

In the 4th Round Cappamore welcome Regional Utd A vying for a place in the last 16 of the competition. Cappamore’s form has been poor of late and they take on a Regional Utd XI smarting after a 5-3 defeat to Usher Celtic in the FAI Junior Cup last week. I expect the Premier side to bounce back this weekend.

The Lawson Cup is the main action of the weekend with several exciting games on offer.

Top game looks like the clash of Aisling Annacotty and high-flying Premier A side Charleville.

Two of the youngest squads in the Leagues are sure to produce an exciting game.

Whether the Cork side have the wherewithal to contain Shane Clarke and Co. remains to be seen.

Two of the top Premier A sides meet in the Mungret Reg v Moyross tie where goals aplenty are likely while Corbally Utd welcome Geraldines to Athlunkard.

Kilmallock will favoured in the local derby at Holycross while Prospect would be well advised to guard against complacency when they host Parkville. The Division 1B side are playing well and the goal threat of Craig Madigan gives them a chance.

There is one all-Premier game when Coonagh Utd welcome Nenagh. Coonagh exited the FAI Junior Cup, going down to Crumlin Utd last Saturday. With their precarious position in the Premier League, that is their main focus, which means they can go into this tie with no pressure.

Nenagh have been showing signs of a big improvement of late so they will fancy their chances.

Pike Rvs reached the last 16 of the FAI Junior Cup last Sunday when they defeated Kildare side Suncroft. By their own admission they were below par on the day so they will use Sunday’s game to get the basics back in order which could make it a long day for opposition Pallasgreen.

Janesboro were unfortunate in the league game with Ballynanty Rvs last Sunday when a late own goal deprived them of a point. On Sunday they should get back to winning ways at home to Castle Utd.

The Premier A O’Halloran Cup kicks off when Hill Celtic host Aisling B and in the League Fairview Rgs take on Carew Park.

In McGettigans Div 1A Castle Rvs will return to the top of the table if they can take full points at home to Geraldines while Hyde Rgs can revive their promotion hopes if they beat Summerville Rvs in Portland.

In Division 1B Regional B can extend their lead at the top of the table if they can beat Newport while Fairview C will be looking to close the gap on leaders Aisling and Northside when they visit Coonagh Utd C.

This evening (Thursday) Fairview Rgs and Aisling Annacotty battle it out for a place in the semi-finals of the Tuohy Cup. With two attacking sides patrons can be assured of an exciting affair. Kick off time is 7.00pm.