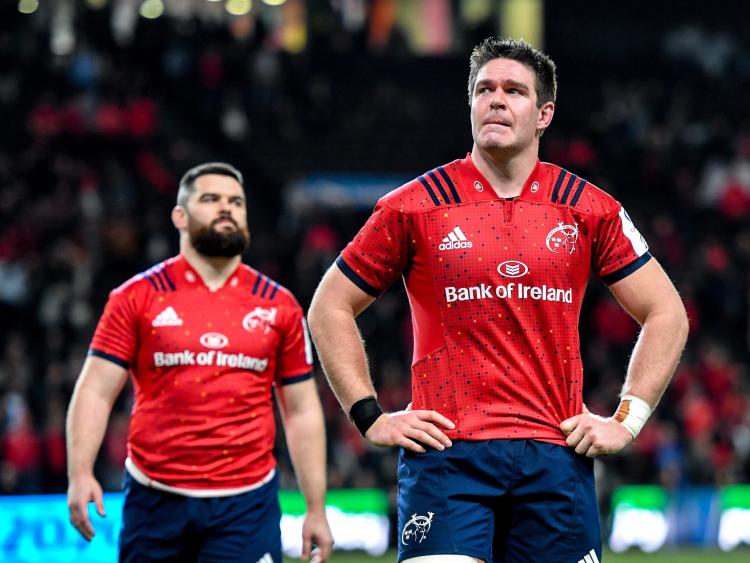 MUNSTER second row Billy Holland does not believe the side is in a 'downward spiral', despite the side winning just two of their last eight fixtures in all competitions.

Munster's hopes of progressing to the knock-out stages of the Heineken Champions Cup are hanging by a thread ahead of their final pool fixture against Ospreys at Thomond Park this Sunday, 1pm.

Johann van Graan's charges have lost their last three fixtures in a row in all competitions.

However, Holland insists that while the side has had some disappointing results, it is going in the right direction based on its performances. Munster had led Racing 92 into the closing 10 minutes of their Champions Cup clash in Paris last weekend.

Holland said: "I don't think we are in a downward spiral we’ve had some poor results. I think when you look at us from our performance point of view, some of our performance have been really good and going in the right direction. For sure.

"But other than the Ulster game, where it was totally unacceptable, performance has been really good. We've let ourselves down in the last 5/10 minutes of the Sarries' game and  the game at the weekend.

"But we know that we're going our performances are going in the right direction so it's not it's not fully there yet but it needs to be there at that level  in places like Paris and London. You need to be at the top of your game."

Holland said the Munster squad expected to get out of their Heineken Champions Cup pool, which also includes holders Saracens before the competition began.

"You need to start by winning your three home games, and get your win away over Ospreys and we knew after drawing home against Racing early in the season that we're gonna have to win in London or Paris, we didn't.

"We went about it right for 80% of the game but we didn't close that out."