Opinion: The Limerick public want senior soccer, but it’s about more than that at this moment - Andrew Cunneen 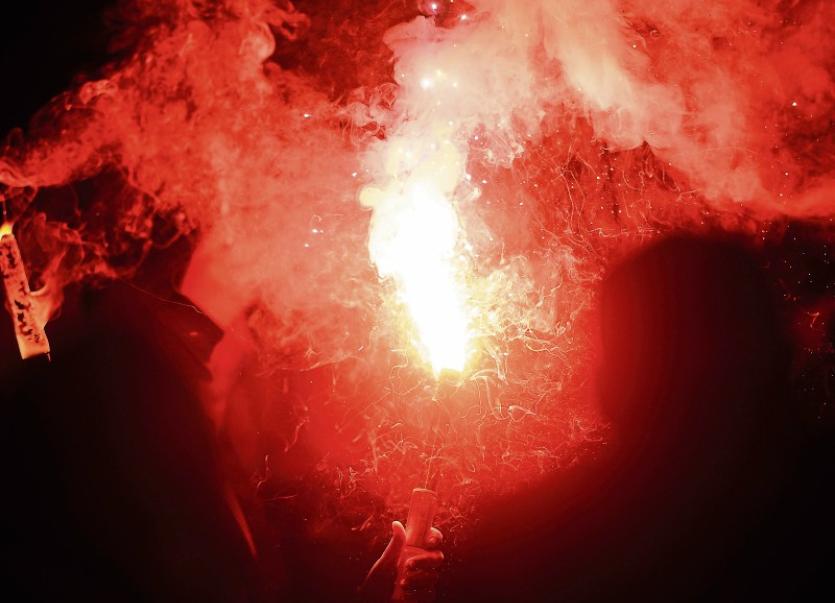 When Pat O’Sullivan strolled into the lives of thousands of Limerick FC supporters in 2009, he did so with a swagger, a pocketful of assurances, a bucket load of dreams and a cheque book the size of the King James bible.

The gripes of senior soccer supporters in this city transformed from, the extra 50 cent they added to the price of a coffee in Jackman Park, to how many thousands they felt the Ballylanders man was paying players in just three short years.

Budgets became the talk of the town. The notion of how 'big X club’s wage bill' has always been the most-discussed off-season topic in the League of Ireland, and it was only then that Limerick fans felt they could join the conversation. It was a time when increases were coming from outside of 'whatever was made from the half-time raffle'

You might laugh at the notion because it lends itself to the theory that whomever spends the most money, wins the league. Yes, in the case of Limerick’s 2016 campaign, that was true. But it wasn’t always true in this league, and it certainly won’t always be in the future.

The successful teams who win league titles go on to spend more – it was always just a case of initial investment that was required. Or at least that’s the pipe dream everyone peddles to foolish investors.

At the press conference outlining Limerick United’s plans, the most common soundbite was that speaking of a ‘bottom-up’ approach. That’s a lengthy process that should see more mediocrity before it sees success.

But football has to be exactly that when it’s looking to be run in a sustainable fashion in this country. You simply have to trust in those you have around you to do their jobs to the best of their abilities. If Limerick United fielded a team of local Limerick players in the First Division right now, they would probably finish mid-table.

That won’t be exciting. It won’t see big attendances.

But that’s the puzzle this new committee need to solve – the very same puzzle that senior soccer has been trying to figure out for a long time now. It’s done through a combination of media coverage – something that’s eternally easier when a club has a working relationship with publications, unlike the previous regime, commercial help – which Conn Murray should be able to help with – and an occasional dose of overachievement.

There’s a five-nil hammering at the hands of an overspending club coming in 2021, if Limerick United are to actually land in the First Division – and that’s probably the best-case scenario. But people need to widen their perspectives and celebrate having a club to be beaten five-nil in the first place.

Any senior soccer representation is better than the circus that has stained this city over the last few years. There needs to be gratitude to those brave enough to rekindle fires when nobody else tried to. To everyone behind Limerick United, I wish you every success.

The club will benefit from three things and it needs to be capitalise on every single one of them to maximise brand potential.

The first is a year away from the League of Ireland at senior level. That hunger for it to return is immeasurable. Hundreds of people in this city have a big void in their weekends because of the absence. It’s a healthy addiction and there’s no methadone. Thousands more have an interest and will take notice as soon as it’s a viable option for them again.

Secondly, a senior soccer setup in this city was no longer feasible because of the appalling amount of bridges burned by not just the previous regime, but the countless entities before that. There are few people in this city held in higher regard in a commercial space than Conn Murray.

Thirdly, there is now an anti-hero – justified or not. While Pat O’Sullivan continues to fight his battle in the High Court, he is a reminder of the past and once that comparison is being spelled out in front of people in national and local news over the coming months, you get the ride a PR wave that hopefully extends for 12 months until the 2021 campaign.

If you think this sounds excessive, Cork City still sing about Tom Coughlan. It helps. Pat O’Sullivan’s biggest contribution to Limerick soccer may actually be his persistence in trying to steal its thunder.

That’s not to say Limerick United get a free pass. Their press briefing offered little insight into financial structure, backing or potential growth that must come organically. These questions need to be answered now, even if people want to overlook them because they want to enjoy this baseless comfort sourced into the potential return of senior soccer.

If those questions were asked ten years ago, we may not be in this mess right now. Signings are unimportant now. Budgets are of secondary importance. What matters is the people behind this venture will take the right steps to ensure sustainability.

They need to do more to ensure the Limerick public, but they’re in the very early stages and will be given that goodwill.

It’s not about 'over paid' or 'not paid at all' players anymore. It’s not about academies in Ghana, nor Greek imports. It’s about the future. There needs to be a pathway for the best players in this city – male and female – to stay in Limerick and achieve. We underachieve considerably on a national stage. We don’t produce Irish internationals despite the population of the city.

This is a point Tommy Barrett made time and time again last year – which is why I deem him a crucial part of this venture going forward. The Limerick public want senior soccer, but it’s about more than that at this moment.

The supporters who have attended senior soccer matches over the last decade will understand that. And if they don’t, they’re probably better off not having a team to support.