Limerick players in the mix for club rugby international selection 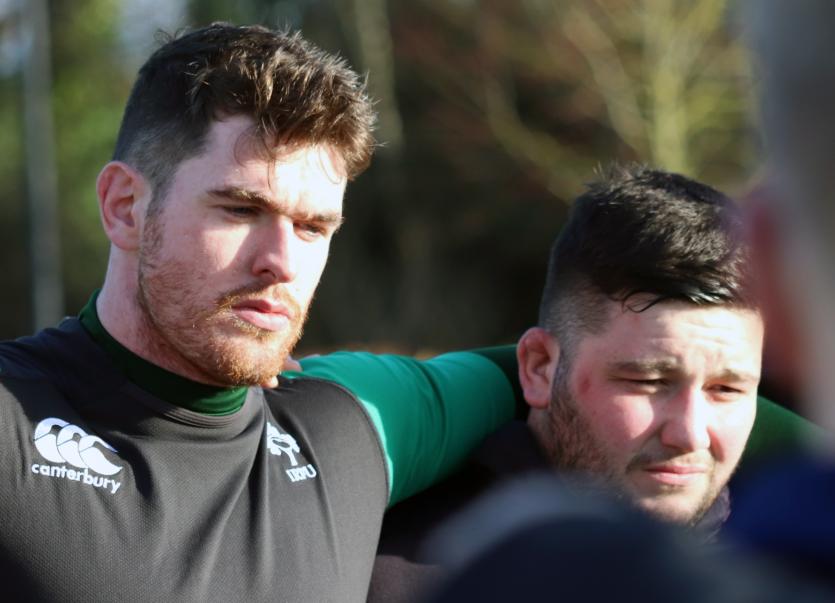 The Ireland Club XV squad are continuing preparations for the 2020 Club International Series against Scotland Club XV with a strong Limerick contingent.

Head Coach Gearoid Prendergast, who is also at the helm with Young Munster in Division 1A of the Energia All-Ireland League, admitted this week that he wanted to have a camp in Limerick to avail of the facilities at UL.

“We wanted to get down to Limerick and avail of the facilities in UL,” said Prendergast. The squad’s main base of operation is Irish Rugby’s High Performance Centre on the Sport Ireland Campus. “It gives it that Irish feel to get down here. It is a national squad and we’re taking into account that we do have a lot of lads travelling from Cork and Limerick as well.”

Ten players from Limerick clubs are hoping for selection for games on January 31 and February 7. First up is a trip to Galashiels in the Scottish border region, before a series decider in Energia Park in Dublin on February 7.

There are four Young Munster players involved at present. Conor Bartley, Mark O’Mara, John Foley are all vying for a first cap while Alan Kennedy is one of just seven previously capped players in the extended squad.

“Three years ago I played against the English Counties down in Cork,” says the Fedamore man. “That was a great experience but I’ve had a few bangs in the last couple of years so I haven’t been able to be involved. I’m trying to get the body right this year so it’s great to finally be back in the squad with a new group of players.”

Garryowen’s Andrew Keating played in last season’s series win. He’s joined by club mates Jamie Heuston, Corrie Barrett and Bryan Fitzgerald. Keating says the quartet of players “represents where we are in the league right now. This is a big opportunity for us and we’re all hoping to drive it on.”

Bryan Fitzgerald was a late call-up to the squad, having impressed in Garryowen’s bonus point win at home to UCD last week. The result pushes them up to second place in Division 1A.

Shannon are represented by Pa Ryan and Aran Hehir. Scrum-half Hehir says “It’s a great honour to be asked to come play with the club side so hopefully I can play some part in one or two of the games. It’s great to represent your country and your club at this level. There’s a good few players from Limerick and they’re usually our rivals so it’s good to play alongside them here.”

Mungret native Gearoid Lyons is also in the extended squad. The out-half is with Clontarf having returned from playing with Nottingham in the English Championship.

Tickets for the series decider at Energia Park on February 7 are now on sale via Ticketmaster and the Irish Rugby website.