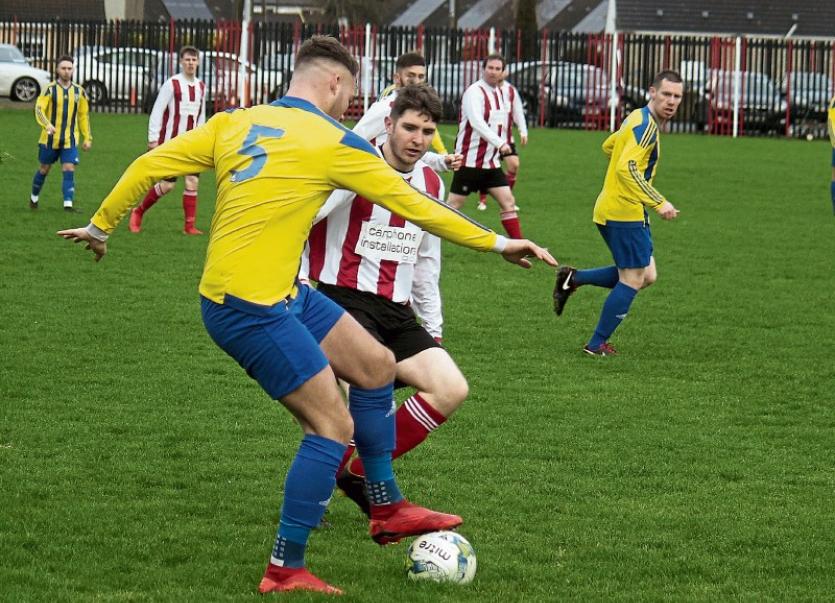 Limerick’s four remaining hopefuls in the FAI Junior Cup are in action this weekend vying for a place in the last 16 of the elusive tournament.

Eight time winners of the competition, Fairview Rgs are the only local side favoured with home advantage when they welcome Leinster Senior League side St John Bosco.

Fairview had the perfect preparation with a 3-0 win over Geraldines on Sunday. It was a business-like display by the Blues and a clean sheet allied to no injuries will have pleased Jason Purcell and Stewart Fitzgerald even further.

The Dublin side lie mid-table in their second tier League but will prove a stubborn side and Fairview should take nothing for granted.

If Fairview opt to use their speedy front men with early ball they should prove too strong for their opponents.

Pike Rvs, the last Limerick side to bring the trophy to Limerick in 2011 travel to take on an unknown quantity in Suncroft FC.

The Kildare side lead the away in their Premier League and will relish a pop off one of the favourites of the competition.

Pike have been in tremendous form and a 1-0 win over Aisling was the latest addition to the plus column.

Although they needed a last gasp save from Gary Neville to ensure it was three points on Sunday, manager Robbie Williams will hardly be grumbling.

They have the experience in the side to progress but must guard against the enthusiasm of the new kids on the block.

Much has been made of the treatment handed down to Regional Utd in last year’s competition but equally noteworthy is the way the club have rebuilt the side this season.

They beat Kilfrush in the Lawson on Sunday with just two players who started against Sheriff YC last season. On Sunday they face the most difficult ask when they visit the competition favourites Usher Celtic.

Not alone Regional Utd, feel they were wronged last year and hopefully they can carry that chip on their shoulder into Sunday’s tie.

Limerick’s final hope is Coonagh Utd and they are first up on Saturday evening with a trip to meet Crumlin Utd. Coonagh accounted for another Dublin side, Finglas in the previous round in a dramatic game that required penalties to separate the sides.

Crumlin Utd, one of the top Junior outfits in the Leinster Senior League, take on a Coonagh Utd side who seem to be saving their best for cup fare an hopes are high they can pull another big one out of the bag.

One game in the Lawson Cup called off last weekend as a mark of respect to Hyde Rgs founding member Paddy Moore is rescheduled for Sunday when Glenview travel to Hyde Road.

There are two game fixed in the PJ Matthews Premier League. Ballynanty Rvs will be looking to regain second spot when they visit Janesboro. This game a year ago would have brought out the crowds but the Champions have been having a miserable season and manager Shane O’Hanlon is left trying to settle the ship. I have no doubt they will bounce back, sooner rather than later, but in the meantime must endure. They host a Ballynanty Rvs side full of goals with an eye on the League title.

Different fortunes for Geraldines and Nenagh last weekend prior to their meeting in Garryowen on Sunday. ‘Dines went down at home to fellow challengers Fairview while Nenagh eased their relegation worries with a 6-2 win over ‘Boro.

In the McGettigans Premier A League the top game sees leaders Moyross welcome Newport for what should be a cracking tie.

In-form Charleville will be waiting to take advantage in Moyross slip when they visit Murroe.

A key game in the battle for the Ken Griffin Construction U18 Div 1 League sees Charleville at home to Fairview Rgs.