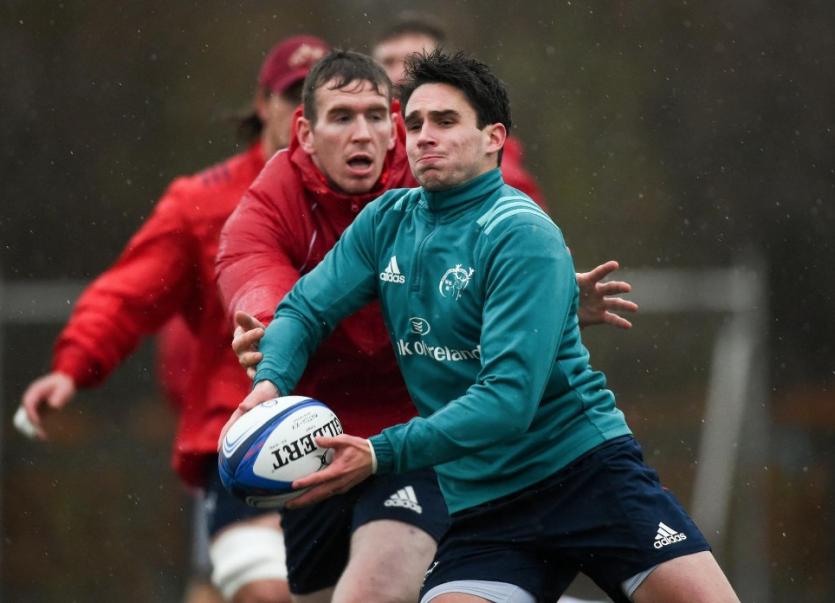 INJURED Munster out-half Joey Carbery has admitted that 'devastation doesn't even describe' how he is feeling with confirmation he requires surgery on a wrist injury.

Carbery revealed that it had been a 'tough couple of months physically and mentally' due to injury.

However, resilient Ireland international Carbery has vowed to be back playing soon 'better than ever' after his latest injury setback.

Twenty four-year-old Carbery underwent a scan on Monday for a wrist injury sustained against Ulster in the Guinness Pro 14 in Belfast on Friday night.

Results of the scan confirmed the out-half sustained a wrist ligament injury and requires surgery, ruling him out for the 'immediate future'.

Carbery had just returned to action for Munster last month, having been sidelined since the World Cup with an ankle injury.

The former Leinster out-half featured off the bench in Munster's defeat to Leinster at Thomond Park on December 28 and then started the interprovincial clash with Ulster in Belfast on Friday night.

Carbery is now set to miss Munster's two crucial remaining pool fixtures in the Heineken Champions Cup, beginning with this Sunday's Round 5 clash with Racing 92 at the U Arena in Paris, 3.15pm Irish time.

Hamstring and more recently ankle issues had restricted Carbery to just four appearances for Munster since last January, and just eight games, including four as a replacement, for province and country since last February.

In a post on Instagram, Joey Carbery wrote: "Devastation doesn’t even describe how I’m feeling. Thanks for all the well wishes.

"Been a tough couple of months physically and mentally, and thought I was in the clear. But will be back soon, better than ever."