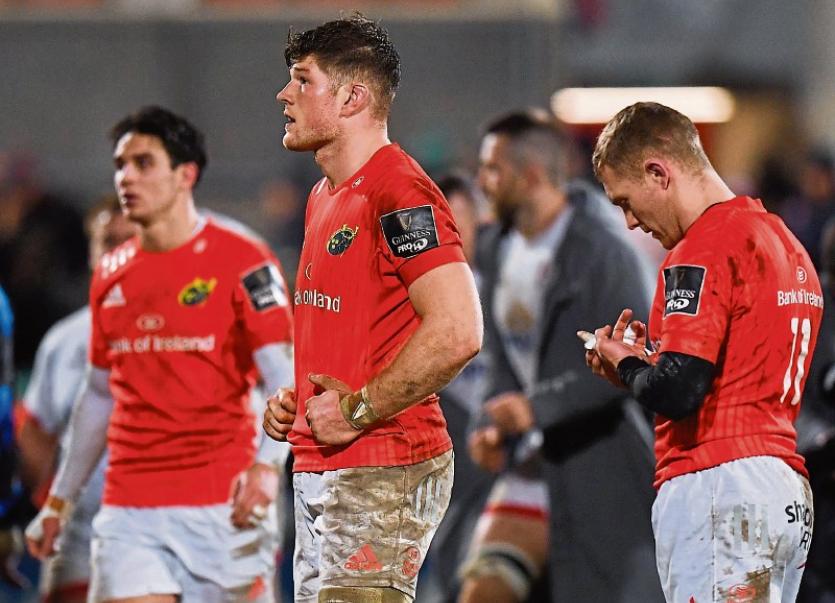 Irish internationals Jean Kleyn, Chris Farrell and CJ Stander are set to return from their Christmas break this week, while Billy Holland and Mike Haley, who were rested for the trip to Ravenhill on Friday night, are also expected to return.

With those injuries in mind, it is Munster's bench which could be light on caps, with no recognised hooker available for selection.

With that in mind, Garryowen's Diarmuid Barron could be added to the Munster squad this week.

Injuries aside, the province still have the capability of fielding fourteen Irish internationals in their side this weekend.

However, the lack of time together and therefore the lack of continuity of selection is something Munster's Johann van Graan is wary of.

With Munster six points adrift of Racing 92 ahead of kick off, a win is the minimum the men in red need to take from France. Does this mean the game is season defining?

“In Europe it is definitely season defining. We are not even half way through the Pro14, which is a different competition, but the main thing is we have a knock out game against Racing in Paris. van Graan admitted.

The game is live on BT Sport and Live95 radio.