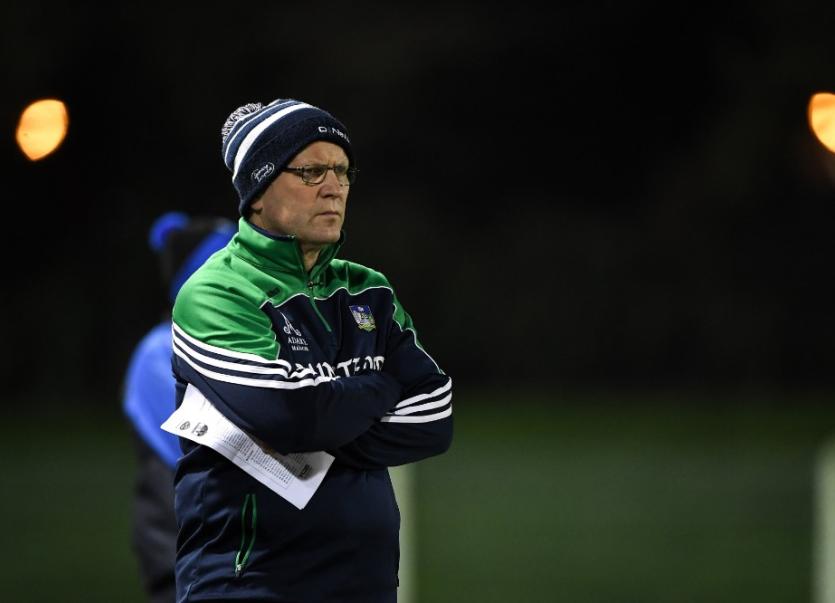 BILLY Lee praised the character of his Limerick footballers who "dug it out well" to defeat Waterford on Thursday evening to advance to the final of the McGrath Cup.

After wins over Clare and Waterford within four days of eachother Limerick will now play Cork in the final of the early season provincial competition on January 11/12.

"We certainly played second best to Waterford in the second half and going down to 13 men wasn’t helpful but in fairness to the lads they dug it out and dug it out well - you wouldn’t have thought that we would have won by six points with 10-minutes to time," Billy Lee told LeaderSport in Fraher Field.

"I wouldn’t say we played well for all of the first half - we had a lot of chances in the first 20-minutes and there was poor decision making, ball handling and not enough intensity in certain areas of the field. But we went on to build an eight point lead, which was helpless and required in the way that the second half played out," he recalled.

"Obviously we had lads starting and they were trying to show us what they could do and maybe they put a bit of pressure on themselves about that and probably didn’t relax because of a lack of experience for them and they will learn from that," he said.

In the end, four of the final five scores went Limerick's way after Waterford reduced the lead to a single point.

"A bit of experience all of a sudden saw us out at the end," said Lee.

"We have been on a long road for two or three years trying to build a new squad after my first year when a lot of lads departed and we couldn’t get lads in. It’s down to the lads and their eagerness and want to do the best they can - there is more learning over the coming years."

Limerick scored 2-10 in total but registered just one point in the opening 20-minutes and failed to score for the opening 24-minutes of the second half.

"In 2005 we played Kerry in the Munster SFC and if memory serves me right they scored two scores in the first half and they were 35-minutes apart and no one would ask questions of Kerry but when you are a Division Four team they will always ask! That is the way pundits and media look at things and that is fine and that’s the way it is but this can happen in games and I would think the first half was down to a bit of bad decision making and poor execution because we were creating chances and in the second half we were out played and it’s as simple as that and we didn’t create too many chances," explained Lee.

While happy with progress to the final, Lee has one eye on round one of the Allianz League on Saturday January 25 - against Waterford in Dungarvan!

"It will be a tough ask coming back down here in three years time and we are under no illusions about that,"stressed the Limerick manager.