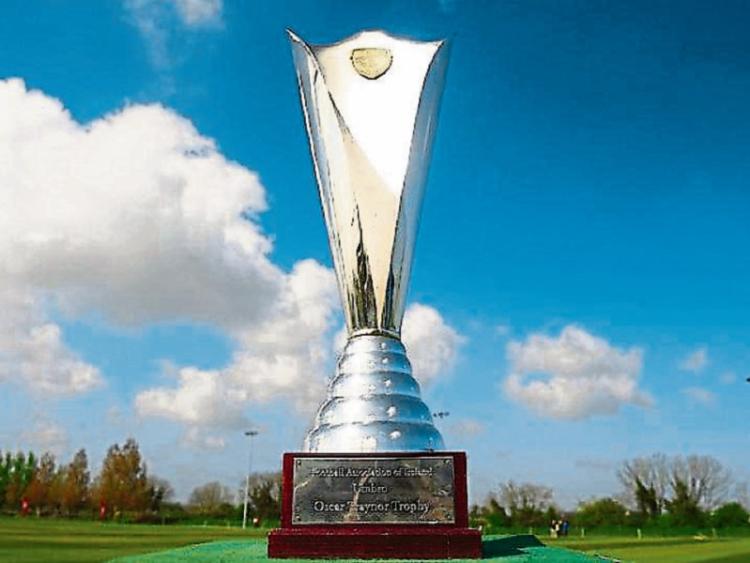 The moment of truth for the Limerick Desmond League in the Oscar Traynor Trophy comes on Saturday evening at 6 pm in Mick Hanley Park when Jim Neenan’s charges meet the Clare League in the final game of the group.

The situation is relatively straightforward. If Limerick Desmond win or draw they will top the group, which brings the double bonus of avoiding the other group winners and having a home tie in the quarter-finals. If Limerick Desmond lose they will still qualify as runners-up, unless they lose by a four-goal margin having failed to score two or more goals themselves.

As for Clare, they need to win to top the group and will earn runners-up spot with a draw as that would put them level on points with Kerry, whom they beat 2-1.

Limerick Desmond deservedly top the table at the moment as the only unbeaten team in the group, having followed up the scoreless draw away to Kerry with 4-0 victory at home to Limerick District on that memorable Tuesday night in Mick Hanley Park in early November.

Limerick Desmond were excellent in every department that night and so Neenan and his management team of Tom Kelly and Gary Egan are unlikely to make any changes to the starting eleven, which was: Patrick Stack, Cormac Roche, Alan O’Shea, Sean O’Shea, Joe McAuliffe, Kevin Murphy, Gary Enright, Fiachra Cotter, Darren Murphy, Timmy Larkin, Pa Ahern.

However, the panel has been strengthened since then with the addition of Shane Stack, who has returned to Newcastle West Town from Janesboro, and Brian Ahern, who has come back to Broadford United from Limerick u-19s.

While many of the players haven’t seen club action in a number of weeks, Neenan has kept them busy with challenge games against Newcastle West, Glin Rovers, Regional, Blarney and Fairview Rangers.

Clare were beaten 2-1 by Limerick District in their opening game but bounced back to defeat Kerry on the same scoreline. Their recent pedigree is second to none, semi-finalists in 2015 and winners in 2016 and 2017. They are managed by former Galway United and Wexford Youths manager, Shane Keegan, who is in his second season in charge. They are very strong at centre-half, with Avenue United’s Shane Cusack, formerly of Colchester United, and Stephen Kelly from Newmarket Celtic, who was named Irish Junior Player of the Year in 2017. Another junior international, Eoin Hayes, plays up front, where he could be partnered by Dave McCarthy who scored four goals in the 2016 Final win over the Leinster Senior League. The panel is made up mostly of players from Avenue and Newmarket.

Clare’s pedigree and quality are such that Limerick Desmond will have to be at their best to get the draw they need to top the group, bringing the same intensity as they showed against Limerick District. The management and players have proven to be great ambassadors for the League and they deserve as much support as possible on Saturday evening.