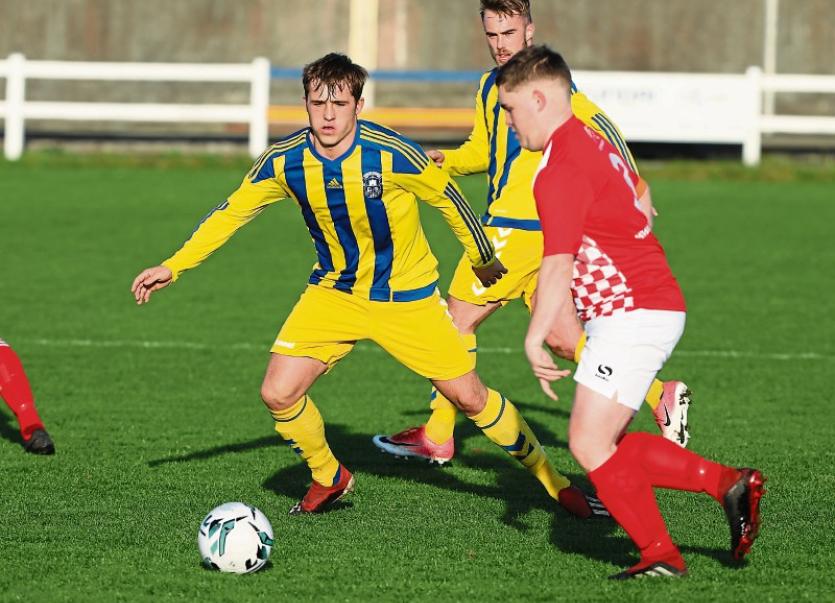 The Limerick DL Youth side also begin their quest to retain the Inter County Youth trophy on Sunday when they host the Kerry DL.

The sides met a couple of weeks back when weather conditions resulted in the game being called up with Limerick leading 2-0 after 50 minutes.

Manager Martin Sugrue will be hoping his side can repeat that the form that saw them Boss the Kingdom boys.

Along with the Kerry DL, Cork DL will make up the Group that Limerick need to progress from.

There are a couple of games in the PJ Matthews Premier League that will have a huge bearing on the race for the title.

Leaders Fairview Rgs face a tough test when they make the short trip to the Garryowen Green to take on fellow challengers Geraldines.

A win for Derek Hannon’s men would see them go level on points with the ‘View.

Geraldines have shown time and again they will make life difficult for the big guns visiting the Green.

A win for Fairview Rgs will make a huge statement and with Dermot Fitzgerald back in situ they will be further buoyed. Expect a cup style atmosphere.

Waiting for Fairview to slip up are Pike Rvs who are away to Aisling.

A win for Pike could see them take top spot which would be a huge boost going into FAI action the following weekend.

Another Premier tie sees Nenagh hosting Champions Janesboro, both sides hoping for a change in fortunes.

The Lawson Cup kicks off on Saturday evening with the remainder of the games fixed for Sunday.

The game of the round sees Division 1A leaders Kilfrush at home to Premier side Regional Utd in a second round game. While there is a two division gap between the sides, Regional would be well served to go into the tie prepared for a battle.

Kilfrush have got a lot of players back into the squad and will relish a shot at a big fish like Regional.

The Premier side however are in fine form too and with the FAI a week later, there will be plenty of competition for places which should guard against complacency

The another second round tie Ballynanty Rovers host Carew Park in LIT.

A game that would have drawn the crowds a year ago takes on a different hue now with the visitors in a rebuilding phase facing a rampant Balla XI.

Premier A leaders Moyross welcome Caledonians to the Northside.

Another side doing well in the second tier are Newport and they will be strongly fancied to advance at home to Abbey Rvs.

Hyde Rgs will be looking to bounce back at home to Glenview Rvs and Lisnagry welcome an in-form Star Rvs XI.

In the Open Cup Coonagh B take on Kilmallock B for a place in the last four of the Open Cup.