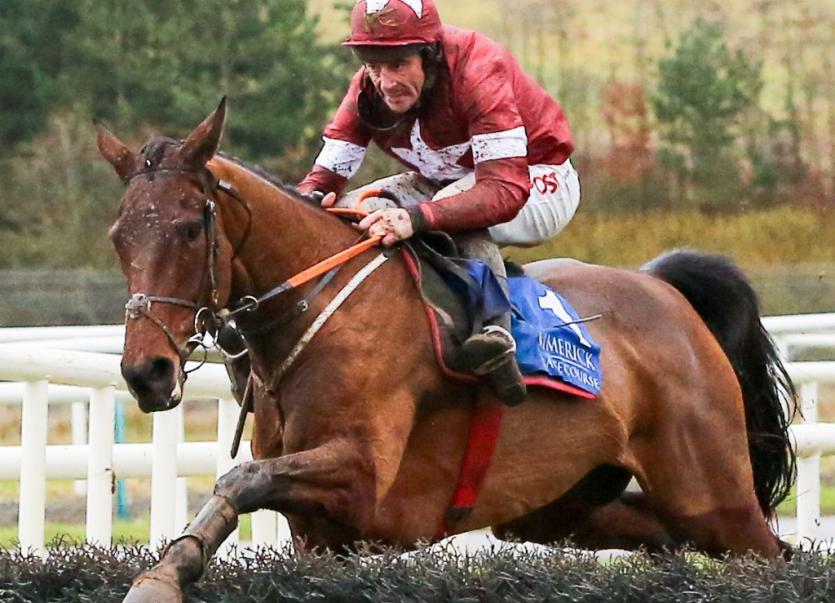 Hot on the heels of more than 14,000 patrons flocking to Greenmount Park on St Stephen's Day - traditionally the best-attended of the four days - an impressive 11,329 racegoers came through the turnstiles at the Patrickswell venue on day two of the meeting.

Despite making the mistake at the final flight, 1/1 shot Fury Road, trained by Gordon Elliott for Michael O'Leary's Gigginstown House Stud, held off the challenge of runner-up Well Set Up to score by a length at the line.

Winning jockey Russell was completing a big double at Limerick on the day as he won the opening Keith Lynch Memorial Miaden Hurdle aboard another Gigginstown House runner, Argumental, this time trained by Joseph O'Brien.

The feature race goes to the Gordon Elliott team, as Fury Road makes it three from three over hurdles and wins the Grade 2 Lyons Of Limerick Jaguar Land Rover Novice Hurdle pic.twitter.com/or9HAv0Fq5

The feature race on tomorrow. December 28, is the Tim Duggan Memorial Handicap Steeplechase, a Grade B race of €50,000. The first race on the card is due off at 12.30pm, with gates opening at 10.30am.

The third day of the Festival also sees the staging of the very popular Sunways Holidays Most Stylish Lady competition, a firm favourite on the social calendar, with some very good prizes up for grabs.