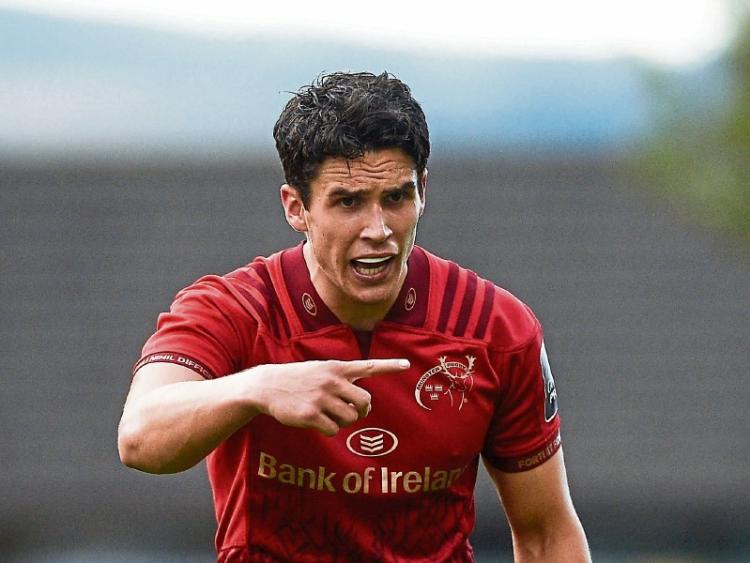 THE Munster team to face Leinster at a sold-out Thomond Park on tomorrow, Saturday December 28, at 6pm has been named by head coach Johann van Graan.

Billy Holland captains the side with seven changes to the team that defeated Connacht at the Sportsground in Galway last week.

Haley starts at full-back with Dan Goggin and Shane Daly named on either flank. Goggin, who has previously played on the wing as a replacement, starts as a winger for the province for the first time.

Scannell and Arnold pair up in the centres with McCarthy and JJ Hanrahan, Man of the Match last week, in the half-backs.

Wycherley and Holland start in the engine room with O’Donnell, Chris Cloete and O’Donoghue completing the side.

In keeping with previous years, the fixture has been nominated as Munster Rugby’s official Charity Match.

During half-time, representatives from the Jack & Jill Children’s Foundation and the Peter McVerry Trust will each be presented with a signed Munster jersey on the pitch.

€1 from each match programme sold will be donated to the respective charities.

With extra seating installed at the match venue an attendance of 26,267 will flock to Thomond Park for the big Festive derby.