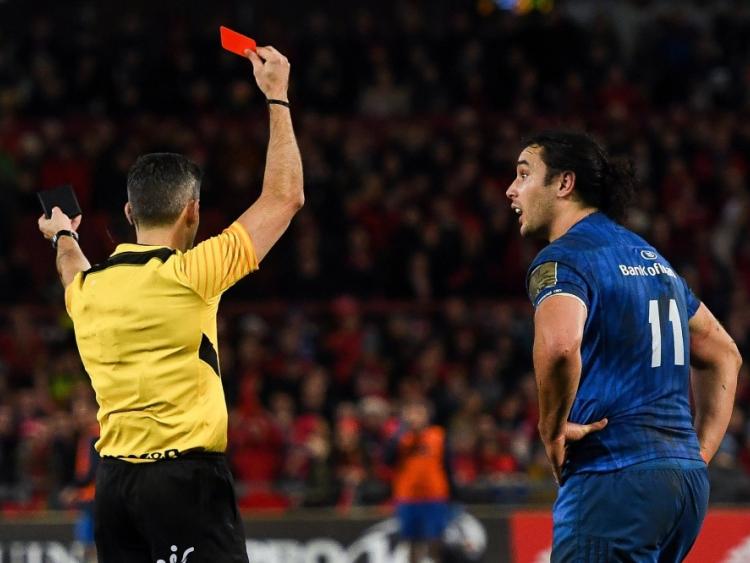 THE referee has been confirmed for Munster's big Christmas Guinness Pro14 clash with Leinster at a sold-out Thomond Park.

Frank Murphy, who refereed the meeting of the two Irish provinces in Limerick 12 months ago, will again take charge of the fixture this season.

The game, which takes place on Saturday, December 28, has a 6pm kick-off time.

In a feisty meeting between Munster and Leinster in Limerick last season, Leinster winger James Lowe was red carded for a tackle on Andrew Conway, while Leinster props Cian Healy and Tadhg Furlong were also both sin-binned during the course of the game.

This Saturday's big festive interprovincial derby sold out three weeks in advance of the game.

Additional goal-line seating has been installed for the interpro clash to increase the capacity at Thomond Park to a record-equalling 26,267

Munster’s recent record at Thomond Park is exceptional, unbeaten in their last 21 there, although Leinster were the last team to conquer the Limerick ground.

Leinster have also won five of the last six meetings between the two teams.

Munster's starting line-up for their clash with Leinster will be confirmed at 12 noon on December 27.