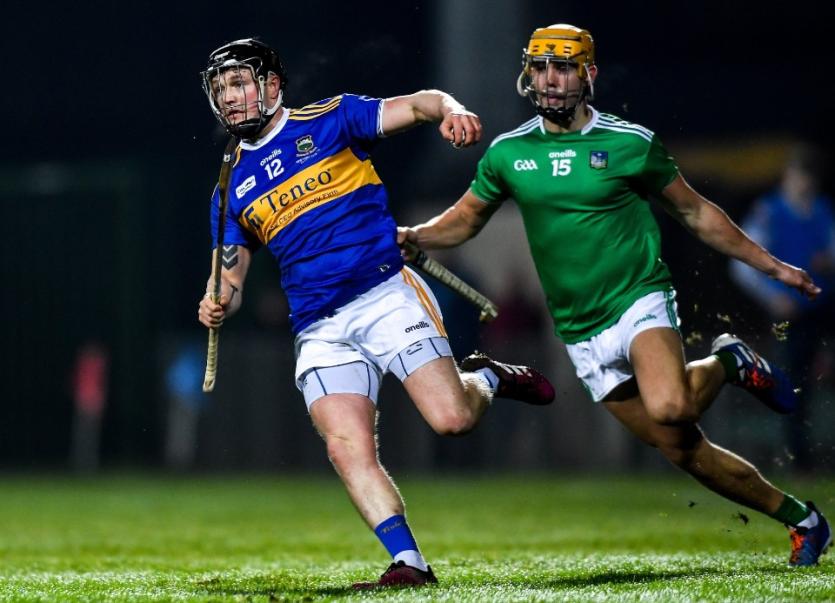 LIMERICK made a winning start to the 2020 inter-county hurling season with this defeat of Tipperary in the Co-Op Superstores Munster Hurling League.

In the LIT Gaelic Grounds it finished Limerick 2-22, Tipperary 1-17.

Next up for John Kiely's men is a Sunday January 5 tie against Clare in Sixmilebridge with the winner into the Munster Hurling League final.

Limerick started with just two of the team that started in Croke Park five months ago in the All-Ireland SHC semi final loss to Kilkenny - Richie English and Dan Morrissey.

Limerick started with one debut - Darren O'Connell, who played U21 with Limerick in 2018.

There were also first Limerick senior appearances during the second half for Brian Ryan, Brian O'Grady and Mark Quinlan.

There were also starts for Ronan Connolly, Aaron Costello and Adrian Breen - his first appearance in green since the All-Ireland SHC Qualifier win over Westmeath in 2015.

It was a half when Tipperary had 11 wides and Limerick five - both sides finished with 13 wides.

The lead was eight points before Limerick failed to score for the final 13-minutes of action in the half.

The honour of the opening score of the 2020 inter-county senior hurling season for Limerick went to Adrian Breen as the sides were level twice in the opening 10-minutes.

Debut boy Darren O'Connell then had Limerick 0-3 to 0-2 ahead in the 12th minute.

Six successive scores moved Limerick 1-6 to 0-2 ahead with 18-minutes played.

The Limerick goal came in the 14th minute from Breen.

When Seamus Flanagan pointed all the full forward line were on the mark and 15-minutes played.

David Reidy was on free-taking duty and his scores ensured the seven point lead.

After 15-minutes without a score a Jason Forde free ended the barren spell for the men in blue and gold.

Captained on the night by Tom Condon, Limerick didn't score again in the half and Tipperary finished with four successive points.

Three minutes into the second half the game was level for the third time at 1-10 each with John McGrath left all alone to score the Tipperary goal.

A Reidy free eight minutes into the half ended 1-5 in succession for Liam Sheedy's visitors and had Limerick back in front.

Tipperary reduced the lead to a point, but the win was sealed five minutes from time when David Dempsey had the second goal after Flanagan's work-rate had created the opportunity.