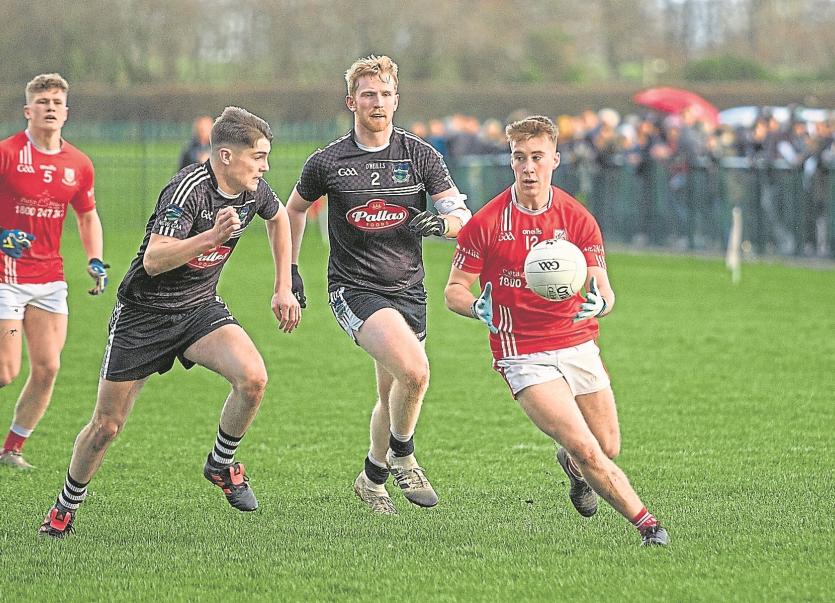 OVER 800 games later the curtain comes down on the 2019 Limerick GAA season this weekend with three county U21 football championship finals. There will be extra time in all finals but a replay if the sides are still level.

Sunday December 22 in Askeaton at 2pm

The west Limerick club are appearing in a fourth U21 final in a row and their seventh U21 final this decade.

The 10-time U21 champions will look to Lee Woulfe, Brian Foley, Niall McAuliffe, Diarmaid Kelly and Seamus Hurley among others in their quest to win back-to-back titles for the first time since ‘1987-’88.

Those in black and white are bidding to emulate 1987 when they also won senior and U21 honours.

Three years ago Monaleen were minor champions and also contested the 2017 minor final.

It’s 15 years since Monaleen were U21 champions and they will look to Daniel Enright, Eoghan Carew, Mark O’Dwyer and others to add to their county junior A football championship title.

These clubs are no strangers to U21 finals.

Shannon Gaels (Gerald Griffins and Glin) were winners of this title in 2013 and lost the final in 2014.

In 2017 the west Limerick almalgamation were minor B champions.

Ballybricken-Bohermore lost an U21 B final in 2015.

Sunday December 22 in Kilbreedy at 12noon

Ballylanders were beaten in this final in 2017.