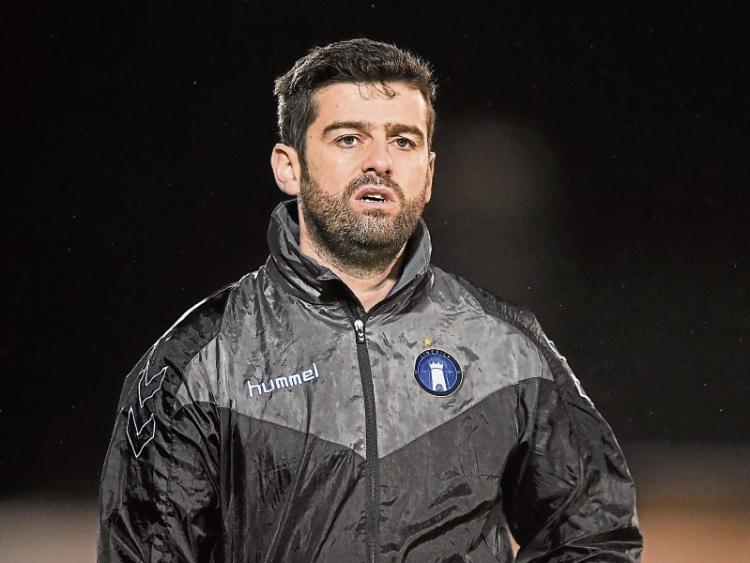 FORMER Limerick FC manager Tommy Barrett admits it is 'highly unlikely' that Limerick will have a senior side competing in the SSE Airtricity League in 2020.

Limerick FC looks set to face liquidation after an examiner recommended an end to court protection for the club last week.

The removal of court protection brought an end to the examinership process. The next step is expected to be the appointment of a liquidator.

Tommy Barrett was appointed Limerick FC manager in January 2018 and has been in charge of the Blues for the past two seasons.

"I think it is highly unlikely that Limerick will have a senior football team in 2020," Tommy Barrett said.

"I just can't see it happening, in my opinion. We are three weeks past the official licensing deadline.

"It is massively disappointing. It breaks an 82 year playing record in League of Ireland football.

"I have said already that is a very disappointing because young people have nothing to aspire to now in relation to playing at senior level in this region.

"That is sad for them, young people in particular. I think there will hopefully be the scope to re-enter in the future and be in a better position to ensure that something like this doesn't happen again."

Barrett said it was hard to know whether a senior team from Limerick could be back playing in the SSE Airtricity League in 2021.

"Again that would be up to the people in the region and whether there is the support there for it, whether there are the proper structures there.

"There needs to be talk of infrastructure now and I have said this numerous times in the past, there is no training base for soccer in this region.

"It might be an opportunity or a time for all the stakeholders in football within this region to come together and with the council to make something happen and have a soccer hub.

"The schoolboy league has nowhere to train and nowhere to play. Ok, the LDMC has Jackman Park, but they don't have the training facilities for their youths or Oscar Traynor or anything like that.

"It definitely could do with a soccer specific grounds that is reasonably priced so that soccer can be enjoyed for everyone."

One of Limerick FCs former players, midfielder Sean Russell, announced on Tuesday that he had been forced to retire at just 26 years of age.

Russell, who was forced to fundraise for his own knee surgery earlier this year, after picking up the injury playing for Limerick in an SSE Airtricity League First Division game against Athlone Town last April, revealed on Twitter that his 'health physically and mentally needs to take priority and unfortunately I'll be unable to continue playing the game I love.'

Commenting on the news, Barrett said: "It is not good. It is a situation that should never have happened and should never happen again. That is of no consolation to Sean. I think I went on the record last year saying that is was embarrassing for the whole club and the whole soccer community.

"Your number one priority should be player welfare in any club or organisation and unfortunately Sean was left down."