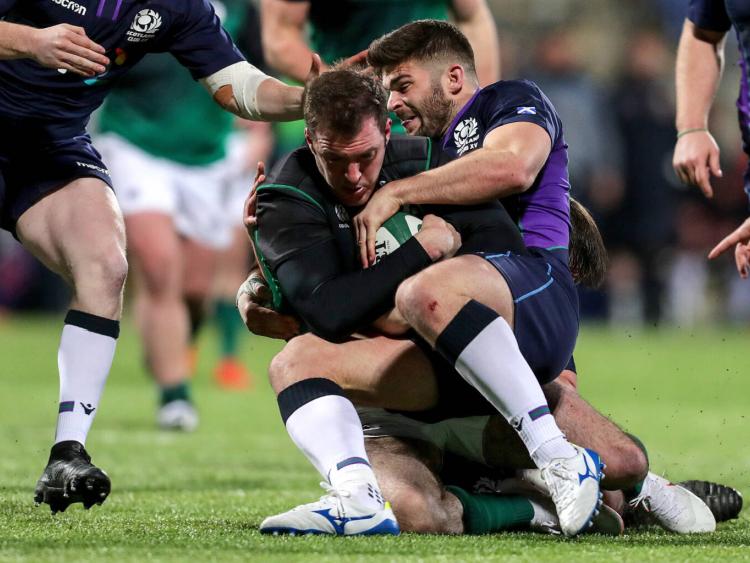 A 34-man extended Ireland Club XV squad has been named ahead of the 2020 Club International Series. The squad will assemble at the IRFU High Performance Centre at the Sport Ireland Campus on Sunday January 5 to begin preparations for two Dalriada Cup games against Scotland Clubs. First up is a trip to the Scottish Borders on Friday January 31st before the deciding tie in Energia Park, Dublin on Friday February 7th.

The four Cork Constitution players have all been previously capped at this level. Niall Kenneally and Brian Hayes return from last year’s squad while Max Abbott is back after a two-year absence.

Club mate Gerry Hurley will be the most experienced player in the squad. The scrum-half took part in the very first club international in 2006 and went on to make 10 appearances. His last involvement was in 2015.

Michael Melia has started each of the last four games for Ireland Club XV. He is joined from Terenure College by Adam LaGrue and Matthew Byrne.

Old Belvedere’s Jack Keating has two caps and is one of eight Division 1B players in the squad. Three more are from Old Wesley with two apiece from Highfield and Shannon.

Prendergast’s own Young Munster side contribute four players. Alan Kennedy has one cap from the 2017 game against England Counties. Three are in from near neighbours Garryowen including Andrew Keating. The prop earned his first cap off the bench in February’s 19-19 draw with Scotland Clubs in Energia Park.

Clontarf has provided more players to the Club International XV than any other club and the trio of Tadhg McElroy, JP Phelan and Gearoid Lyons will all be hoping to add to that list in 2020.

A number of recent U20 internationals bring a fresh look to the squad. Centre Peter Sylvester is one of four UCC players and was both a starter and try-scorer for Ireland at the World Rugby U20 Championship last year. Dublin University’s Colm Hogan started on the wing for Ireland at the same competition in 2017.

Both Hogan and Sylvester played for the Ireland Students in 2019 alongside James Taylor (UCC) and JJ O’Dea (Old Wesley) who are all included in the extended squad.

A trio of UCD players round out the group including Jack Ringrose – brother of current Ireland international Garry.

“It’s been a very thorough process to get to this point. We’ve been looking at players, consulting with coaches and identifying who’s available and who is not available depending on injury or commitments with their provinces.

“We’re very happy with the group we’ll have to work with and we’re confident we can deliver a high tempo game that reflects the very best of the Energia All-Ireland League. It’s an exciting young squad and we’re keeping an open mind around selection for match day squads.

The focus now is on working hard and working smart as we prepare the group for two tough games at the end of the programme.”

Tickets are on sale now via Ticketmaster.