Shaun Kelly ‘devastated’ for those involved in Limerick FC 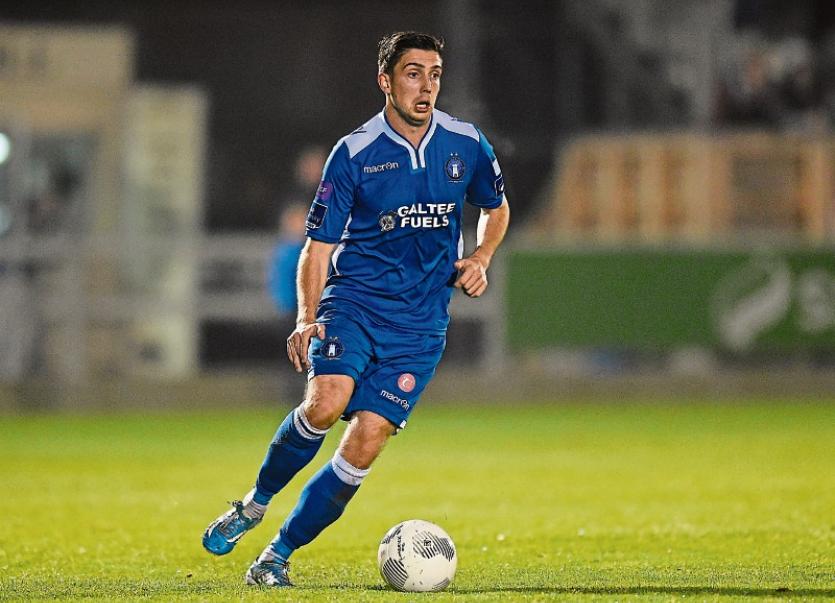 Following the news that Limerick FC are to be liquidated, club captain Shaun Kelly said ‘he’s devastated’ for everyone involved with the club.

The 30 year-old from Killybegs, who has played over 170 league games for the club, feels a sense of déjà vu after he fell victim to a similar fate during a short-lived spell with Galway United in 2011.

“When I was at Galway it happened as well, I was left without money, it can’t keep happening. The FAI have got to do something about it, too many times it’s happening, I hope to god this is the last club that it happens to.”

While he felt that it was inevitable that the club would be liquidated, he said it’s not a nice feeling,

“I’m absolutely devastated for everyone, the players, the manager and especially the fans and all the volunteers down here. It’s a club that I’ve been at, on and off since 2011.

“No matter what club you hear of going into liquidation, it’s never nice to hear of any club in Ireland going out this way. I don’t think anyone would wish it on any team, especially when it’s your own club that you’ve played at for so long.

“Around the league everybody’s gutted about it, especially down here, all the players and management. We obviously saw it kind of coming, we had an idea, but there was always that bit of hope, but now it’s not come to that so it’s a dark day for the club.

“I know some of the young lads, and management, were hoping for an outcome where they’d get some of their wages and expenses back out of this. Obviously now people are left out of pocket because of it”

To add insult to injury, Kelly admits this could be the end of the road for his League of Ireland career

“I’ve not spoken to any clubs myself at the moment. I’m into my thirties now, and you know that your career starts to dwindle down at that stage either way. I’ve a young family now, three kids under the age of five, and I’m working full-time out in Shannon so I think it could be the end of the road for me in the League of Ireland, I’m not sure. I’d imagine it could be. It’s obviously only December, I’ll wait and see, I don’t know what January or February will bring.” added the veteran defender.

As for his teammates Kelly said

“There was obviously a lot of local lads on the team. Some will probably end up playing junior soccer. There’s some excellent young players there. There’s definitely teams in the League of Ireland that will want to take them. It’s not a nice time for the players, as they don’t know where they’re going to be at. Hopefully some of the clubs will take up some of the players.”

“The amount of friends and people that I’ve met, the amount of volunteers that put time into this club over the years. Fans travel up and down the country, the blue army who travel everywhere, it’s a big part of their life and obviously a big part of the players lives.”

And what of blame, if any for those involved in the club at the top?

“When things go wrong, everyone wants to blame everyone. People are blaming Pat O'Sullivan, blaming the FAI. At this point everybody’s trying to come to terms with it. I don’t know what went on in court, and I think the players are waiting to hear back from the higher people to hear what’s gone on and why exactly it’s happened.”

With the club ending the season with a squad full of young players Kelly hopes that their futures get sorted out as quickly as possible.

“I feel for a lot of the young players down here who’ve just started out their careers, and some of them have done really well over the past two seasons, and Tommy was taking them in. Now obviously they don’t know where their careers are going, and especially for the lads in the underage teams right up to the under 19’s.

“Let’s hope that there’s something that can be sorted for them and it’s not the end for them. Limerick’s too big a city, and a county, for the whole thing to go under and I hope all them young lads get a chance to keep playing for Limerick in some capacity.”

Kelly spoke about how the players thought about walking away last season, but wanted to stick it out for the manager, who they respected hugely.

“I saw Tommy say that some could have walked away in the summer. There were times people talked about walking away, going on strike, talking about not turning up for games. I think that was the biggest thing down here, with so many young lads who just wanted to play football.

“We were in with a shout of the playoffs up until the middle of the season, even into July. When we lost our professionals our season started to dwindle down because we weren’t picking up as many results.

“It was unfortunate, it would’ve been nice to see where we would’ve finished up if we could have kept hold of everyone. Obviously it wasn’t meant to be and we missed out by a long way in the end. We just have to look to the future now, and hope the young lads are taken care of.”

Continuing on that theme, Kelly has nothing but praise for Tommy Barrett.

Kelly hopes to see a team back in the city as soon as possible but he knows that it’s going to take a lot of work for that to happen.

“It’s about looking forward now and hoping that everybody can come together, whether it be the council, whether it be someone that could come in and get everyone together and try to get Limerick going again.

“I don’t want to keep saying it but the main thing is, for such a big city and county, for the amount of young players coming through it’s them that you have to look to for the future. I’m hoping that people rally round and keep it going for the younger generation. The fans have been great over the years. They obviously want to support senior soccer in Limerick and hopefully it does happen in the future.”