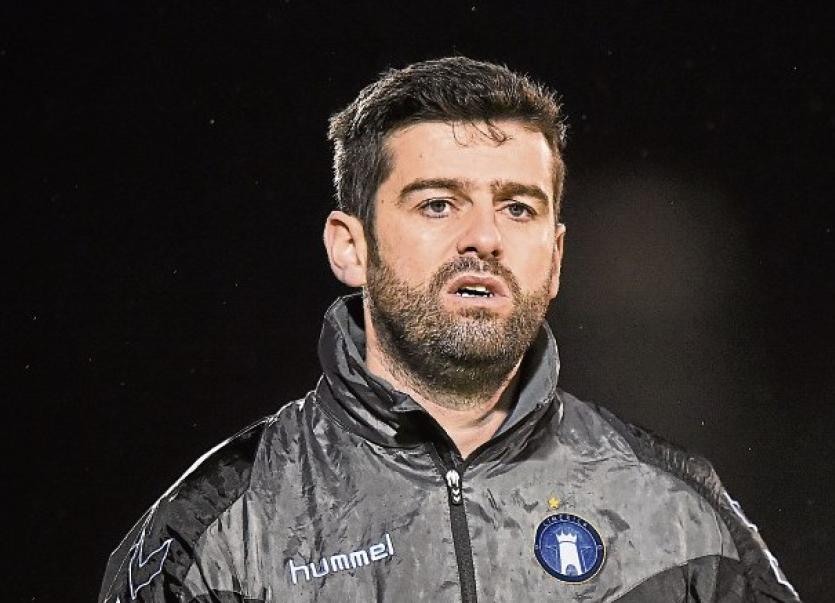 Limerick FC manager Tommy Barrett said he was ‘sad and disappointed’ after it was confirmed that the club’s holding company, ‘Munster Football Club Ltd’ would be placed into liquidation, effectively ending any hope of League of Ireland football in Limerick in 2020.

Barrett said; “It’s very sad, but probably expected to be honest. I didn’t see really any other outcome from what I was hearing and seeing the last two weeks.

“Look, obviously I’m very disappointed. First and foremost, I’m a Limerick man. I’m a Limerick person, I grew up supporting Limerick and also played with Limerick. Not to have a senior team for the first time since 1937 will be shocking. While we had massive support during the times we did have a team, sport is very important in Limerick, it’s sad not to have that anymore. It’s very disappointing.”

Barrett was out of contract following the end of the 2019 League of Ireland, as his two-year contract ended at the end of November. So, what does the future hold for him: “A lot depends, I’m a bit disillusioned with football in the country at senior level to be honest. I’ve been saying for the last couple of years since I went in there that I didn’t see a viable industry.

“I’ve had nothing but cuts since I took over the job. For a few years I was already on low budgets, in two years there was cut after cut. I’ve never went full time in this country because, I think I’ve said this on record; I wasn’t probably brave enough.

“It is all doom down here now as it looks like there isn’t going to be a team in 2020, but as far as I can remember there’s been problems with Limerick FC. The last 7-8 years have probably been the best years in at least 20 years.

“It needs a full review of soccer in the mid-west region to be honest. I said it recently as well that Limerick hasn’t produced a senior international player in about 40 years. We’re not producing, and we need to look at that, from grassroots level as well and see where we’re going.”

“Ah look, I love football. I’m around training a couple of local teams, some underage teams aswell, I like to be involved. It started out as a hobby, I love the game, but it’s something you become addicted to. I like to stay involved, but it has to be right. I learnt a lot of lessons the hard way, should I have walked away earlier. At another club I probably would have.

“This year in particular, I think June would probably have been the time to go, we were third or fourth in the league. It was very difficult though, as we had a good bunch of lads who were doing well. It’s different from other jobs, your heart tells you to stay, but in any other job you’d walk away.”